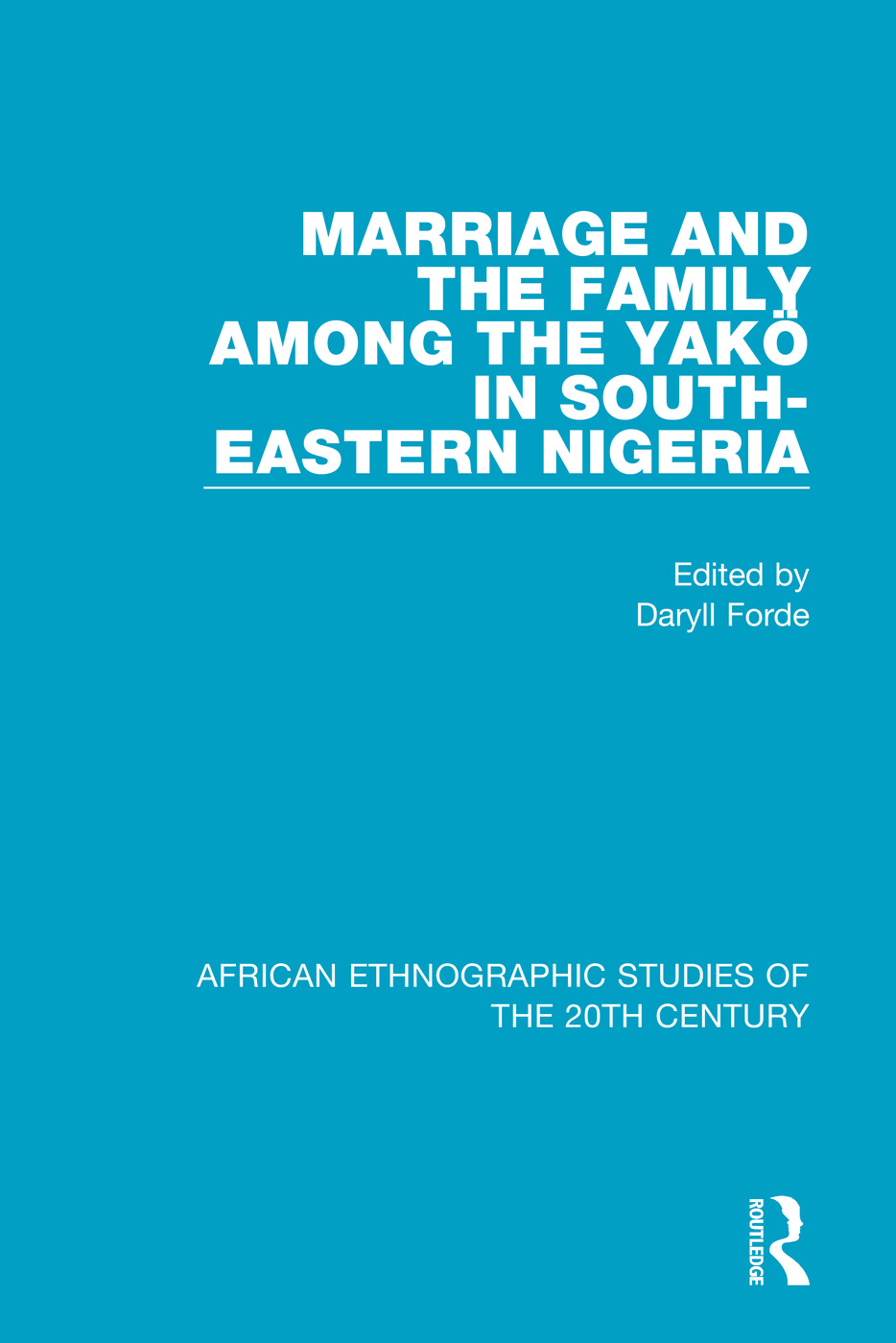 Marriage and Family Among the Yakö in South-Eastern Nigeria

Originally published in 1951 this book analyses the social values and institutions involved in the establishment and maintenance of marital relationships. Most of the data is derived from Umor, the largest of the five Yakö villages. As well as considering the conventions through which mariatal values are expressed, the relation of marital status to the general structure of Yakö society is also discussed. The book also determines the extent to which the values posited by the Yakö themselves are actually operative and discusses the changing conditions which have modified traditional standars of marital behaviour.

2. The Significance of the Kinship and Age Set Systems

6. Seclusion of the Bride

7. Rites During the First Pregnancy

10. The Establishment of a Household

11. Dissolution of a Marriage

13. The Relative Ages of Spouses