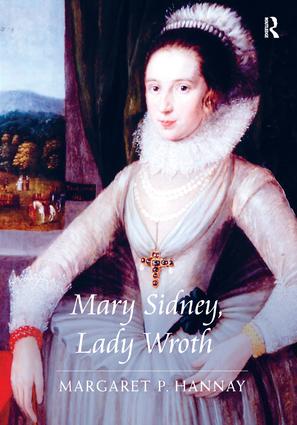 Despite her fascinating life and her importance as a writer, until now Lady Mary Wroth has never been the subject of a full-length biography. Margaret Hannay's reliance on primary sources results in some corrections, as well as additions, to our knowledge of Wroth's life, including Hannay's discovery of the career of her son William, the marriages of her daughter Katherine, her grandchildren, her last years, the date of her death, and the subsequent history of her manuscripts. This biography situates Lady Mary Wroth in her family and court context, emphasizing the growth of the writer's mind in the sections on her childhood and youth, with particular attention to her learned aunt, Mary Sidney Herbert, Countess of Pembroke, as literary mentor, and to her Continental connections, notably Louise de Coligny, Princess of Orange, and her stepson Prince Maurice. Subsequent chapters of the biography treat her experience at the court of Queen Anne, her relationships with parents and siblings, her love for her cousin William Herbert, her marriage to Robert Wroth, the birth and early death of her only legitimate child, her finances and properties, her natural children, her grandchildren, and her last years in the midst of England's civil wars. Throughout the biography attention is paid to the complex connections between Wroth's life and work. The narrative is enhanced with a chronology; family trees for the Sidneys and Wroths; a map of Essex, showing where Wroth lived; a chart of family alliances; portraits; and illustrations from her manuscripts.

Prize: Winner of the Society for the Study of Early Modern Women Book Award, 2011 Classified as 'Basic Essential' by Baker & Taylor YBP Library Services. 'Margaret Hannay’s Mary Sidney, Lady Wroth is a deeply impressive work of scholarship, notable for its remarkable scope and meticulous detail. The book brims with valuable information and astute observations about Wroth’s literary career, marriage, children, and social life, and corrects the record on a number of key points with new archival evidence. Hannay richly describes Wroth’s world and offers a thoroughly engaging portrait of the brilliant Mary Wroth herself.' Elaine V. Beilin, Framingham State College, USA 'This first full-length biography of Lady Mary Wroth offers an exciting and authoritative new contribution to Renaissance studies. Scrupulously researched and compulsively readable, Margaret Hannay's narrative vividly conveys the personal life, court career and prolific literary productivity of this remarkably talented and creative member of the Sidney family.' Michael G. Brennan, University of Leeds, UK ’This is a fascinating study of one of the most interesting and provocative writers of the English Renaissance. Summing Up: Highly recommended.’ Choice ’This definitve biography is especially welcome as its author is Margaret P. Hannay, the biographer and editor of Mary Sidney Herbert, Countess of Pembroke, Wroth's aunt (and William Herbert's mother)…Hannay's meticulous research has unearthed significant findings about her subject's later life, and about the illegitimate twins she bore to William Herbert.’ Times Literary Supplement 'This biography will not only provide new and fascinating information for scholars already familiar with Wroth's work, it is also a fine introduction for those less familiar with her life and extensive oeuvre. Ashgate has provided Hannay with excellent production values and the book is well illustrated…' Parergon 'This is the first full-length biograph