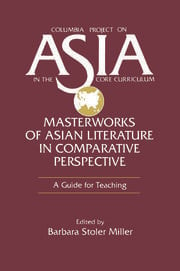 This is a collection of 46 essays by specialists in Asian literature, who offer a wide range of possibilities for introducing Asian literature to English-speaking students. It is intended to help in promoting multicultural education.

For better or worse, the former Soviet republics of Central Asia have largely completed their post-independence transitions. Over more than a decade, they have established themselves as independent states whose internal regimes and external relations have characteristic patterns and vulnerabilities both individually and as a group. The purpose of this volume is to assess both what has been accomplished and the trends of development in the region, especially its leading states. How sound are the foundations of this "bulwark against the spread of terrorism" in Eurasia?