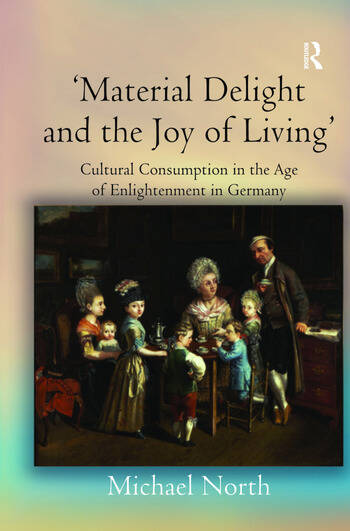 'Material Delight and the Joy of Living': Cultural Consumption in the Age of Enlightenment in Germany

Eighteenth-century Europe witnessed a commercialization of culture as it became less courtly and more urban. The marketing of culture became separate from the production of culture. New cultural entrepreneurs entered the stage: the impresario, the publisher, the book seller, the art dealer, the auction house, and the reading society served as middlemen between producers and consumers of culture, and constituted at the same time the beginning of a cultural service sector. Cultural consumption also played a substantial role in creating social identity. One could demonstrate social status by attending an auction, watching a play, or listening to a concert. Moreover, and eventually more significant, one could demonstrate connoisseurship and taste, which became important indicators of social standing. The centres of cultural exchange and consumption were initially the great cities of Europe. In the course of the eighteenth century, however, cultural consumption penetrated much deeper, for example into the numerous residential and university towns in Germany, where a growing number of functional elites and burghers met in coffee houses and reading societies, attended the theatre and opera, and performed orchestral and chamber music together. Journals, novels and letters were also crucial in forming consumer culture in provincial Germany: as the German states were remote from the cultural life of England and France, the material reality of London and Paris often passed as a literary construction to Germany. It is against this background, and stimulated by the research of John Brewer on England, that the book systematically explores this field for the first time in regard to the Continent, and especially to eighteenth-century Germany. Michael North focuses, chapter by chapter, on the new forms of entertainment (concerts, theatre, opera, reading societies, travelling) on the one hand and on the new material culture (fashion, gardens, country houses, furniture) on the other. At the centre of the discussion is the reception of English culture on the Continent, and the competition between English and French fashions in the homes of German elites and burghers attracts special attention. The book closes with an investigation of the role of cultural consumption for identity formation, demonstrating the integration of Germany into a European cultural identity during the eighteenth century.

’How a book can be both compendious and richly detailed remains mysterious, but Michael North’s new survey of consumer culture in eighteenth-century Germany admirably accomplishes the feat. It is not a long book, even allowing for the dense layout, but it includes a wealth of information and ideas. A smooth and clear translation ... it should be accepted as a stimulating contribution to such debates and not just as a work of synthesis.’ English Historical Review ’With a series of brief investigations of an array of objects like books, residential furnishings, and hot beverages, North argues convincingly that Germany participated in the dramatic surge in consumption more typically associated with cultural capitals like London and Paris. ... North begins the important process of exploring European consumption outside more familiar metropolitan areas... will likely inspire additional scholarship in this area. ... Recommended.’ Choice ’As a synthesis of secondary scholarship that is also grounded in primary research, North’s study provides a much-needed German counterpart to Brewer’s work on eighteenth-century England and that of Daniel Roche on the French Old Regime. The writing is crisp, the exposition lucid, the pace brisk. These qualities, which speak both to North’s skills as a writer and to Pamela Selwyn’s fluid and felicitous translation, make for a volume that will be read with pleasure by scholars and students alike.’ German History ’... anyone interested in the commercial potential of creativity, or in eighteenth-century German material culture, will find this volume both broad in scope and helpful in mapping out the scale of change.’ Enlightenment and Dissent