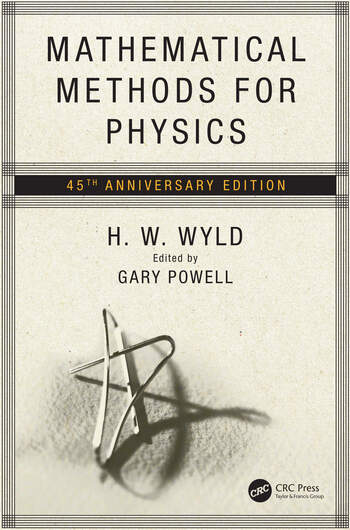 From classical mechanics and classical electrodynamics to modern quantum mechanics many physical phenomena are formulated in terms of similar partial differential equations while boundary conditions determine the specifics of the problem. This 45th anniversary edition of the advanced book classic Mathematical Methods for Physics demonstrates how many physics problems resolve into similar inhomogeneous partial differential equations and the mathematical techniques for solving them.  The text has three parts: Part I establishes solving the homogenous Laplace and Helmholtz equations in the three main coordinate systems, rectilinear, cylindrical, and spherical and develops the solution space for series solutions to the Sturm-Liouville equation, indicial relations, and the expansion of orthogonal functions including spherical harmonics and Fourier series, Bessel, and Spherical Bessel functions.  Many examples with figures are provided including electrostatics, wave guides and resonant cavities, vibrations of membranes, heat flow, potential flow in fluids, and plane and spherical waves.  In Part II the inhomogeneous equations are addressed where source terms are included for Poisson's equation, the wave equation, and the diffusion equation.  Coverage includes many examples from averaging approaches for electrostatics and magnetostatics, from Green function solutions for time independent and time dependent problems, and from integral equation methods. In Part III complex variable techniques are presented for solving integral equations involving Cauchy Residue theory, contour methods, analytic continuation, and transforming the contour; for addressing dispersion relations; for revisiting special functions in the complex plane; and for transforms in the complex plane including Green’s functions and Laplace transforms.

·         Mathematical Methods for Physics creates a strong, solid anchor of learning and is useful for reference.

·         Many examples across various subjects of physics in classical mechanics, classical electrodynamics, and quantum mechanics

This book, in lecture note style with updated layout and typesetting, is suitable for advanced undergraduate, graduate students, and as a reference for researchers. It has been edited and carefully updated by Gary Powell.

Henry William “Bill” Wyld was Emeritus Professor of Physics at the University of Illinois at Urbana Champaign. Wyld was a theoretical elementary particle physicist, gifted with an understanding that was imaginative, profound, and clear. In his early career, Wyld worked in low- and high-energy physics on weak interactions and several problems related to K-meson proton scattering. Wyld is particularly noted for his significant theoretical contributions related to the effects of the breakdown of quantum mechanical symmetry properties, written shortly after the discovery of parity violation in 1957, that presented detailed calculations of a number of effects to be expected. This work enabled various experimental groups to correlate and evaluate their results. Wyld took advantage of supercomputing capabilities as these were being developed to run large-data simulations; he always pushed for more computing power to answer fundamental problems.