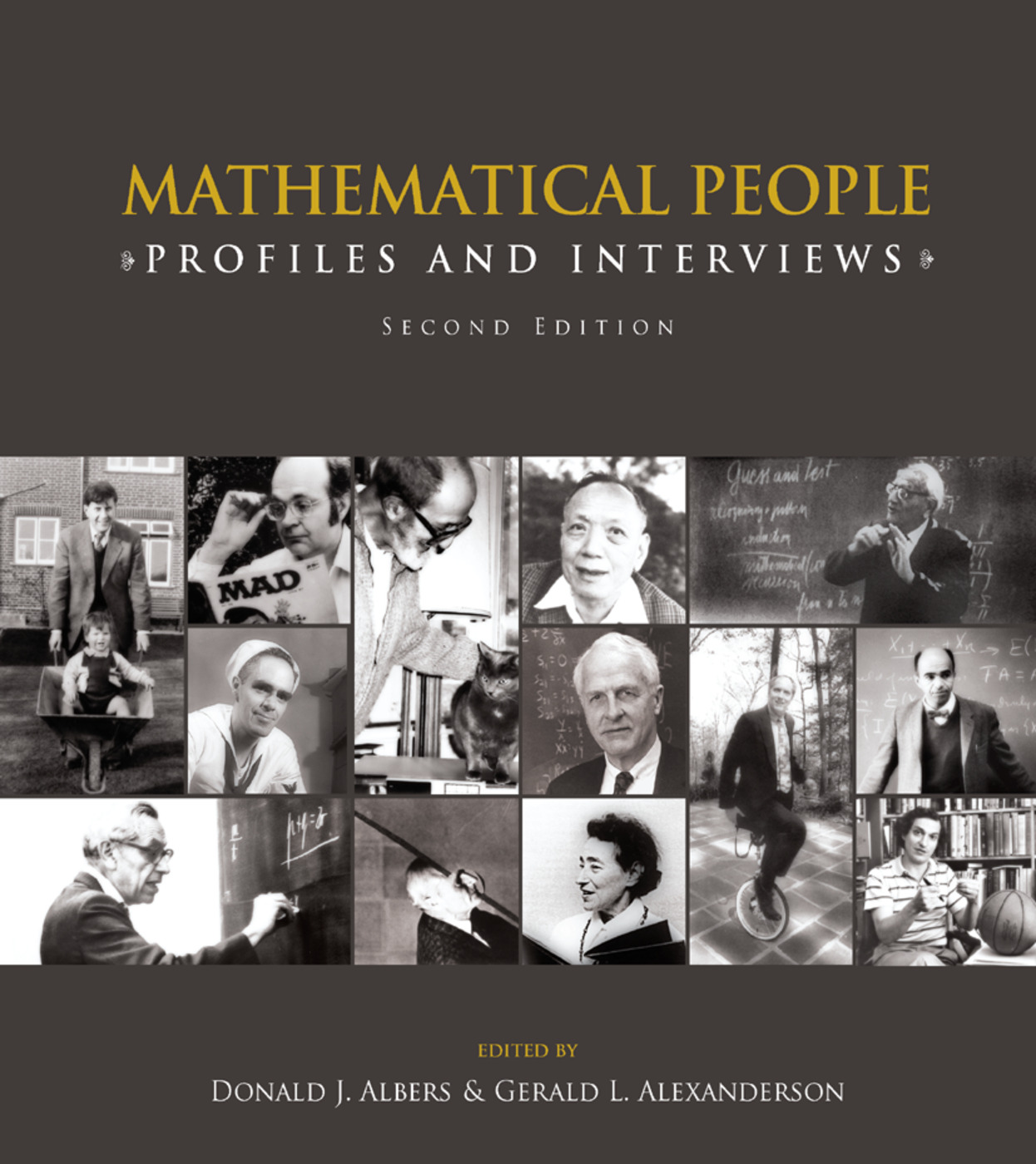 This unique collection contains extensive and in-depth interviews with mathematicians who have shaped the field of mathematics in the twentieth century. Collected by two mathematicians respected in the community for their skill in communicating mathematical topics to a broader audience, the book is also rich with photographs and includes an introduction by Philip J. Davis.

book fills an existing need in that it makes the ways in which mathematicians work and mathematics progresses more understandable to the general public.

It is a book about people, some with a great deal of color and character and others who were much more staid in their views and life. The overall theme of the book is that in mathematics you can find people with all types of personalities, lifestyles and views of the world. In that respect it is very refreshing.

Recognising that much of the material in this book is not readily available elsewhere, [the editors] determined to make the interviews available to a new generation of readers interested in mathematics. . . . This book will be of great interest to anyone interested in contemporary mathematicians and what ’makes them tick’, and can be warmly recommended.

…teachers will find anecdotes and tales to amuse and even inspire their students. Young people drawn to mathematics will learn from this book that the leading doers of mathematics were and are broadly engaged in the general artistic, cultural, and intellectual enterprise that gives meaning and joy to life. Whatever divide exists between the culture of the mathematical niche and some general world culture is not the fault of mathematicians.

The well-written classical interviews may influence many young students and scientists beginning their careers to study and do mathematics or its applications.