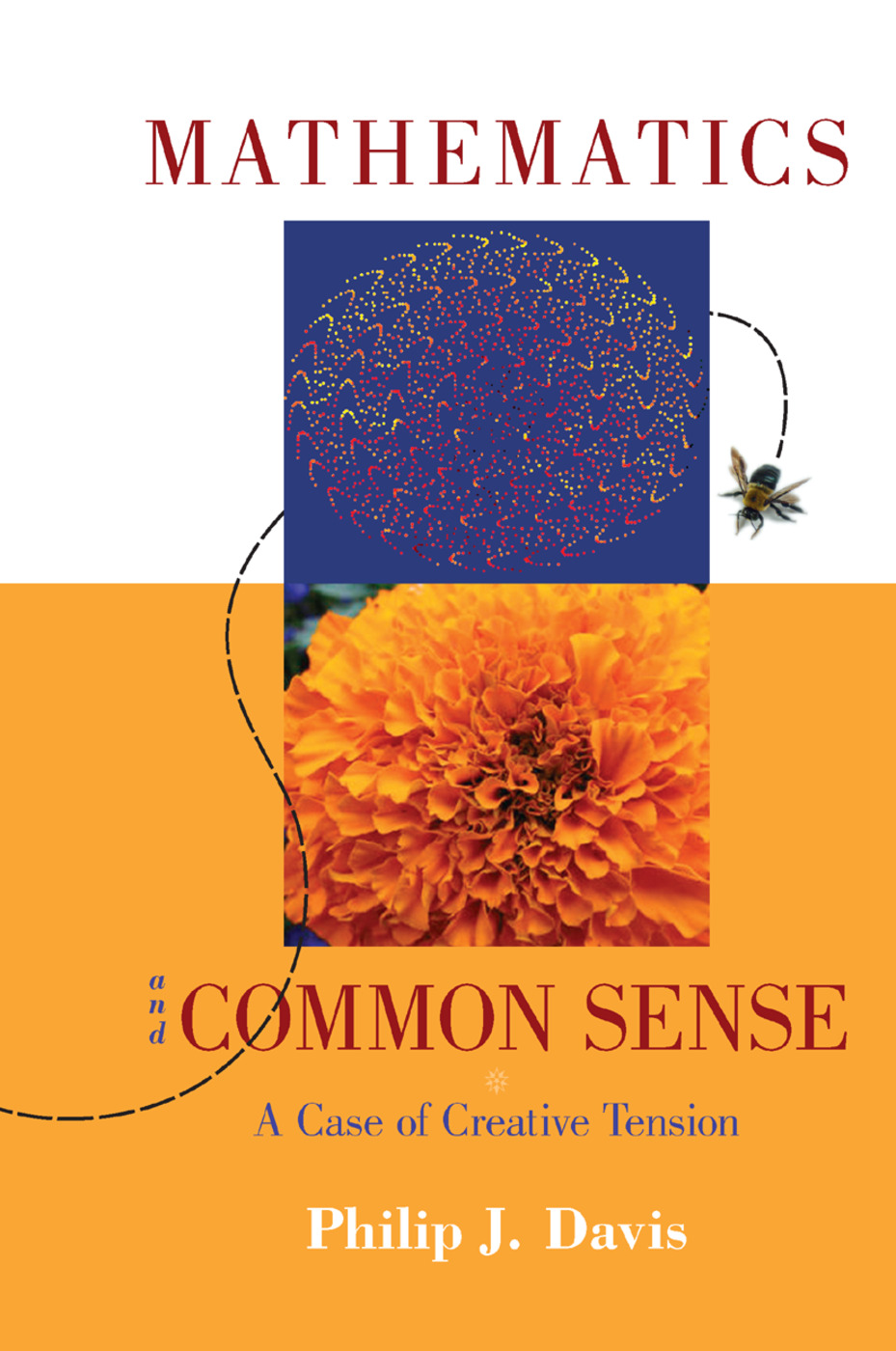 From the Preface: "This book is addressed to all who are curious about the nature of mathematics and its role in society. It is neither a text book nor a specialists' book. It consists of a number of loosely linked essays that may be read independently and for which I have tried to provide a leitmotif by throwing light on the relationship between mathematics and common sense. In these essays I hope to foster a critical attitude towards both the existence of common sense in mathematics and the ambiguous role that it can play."

" “There is hardly an aspect of human existence to which mathematics cannot contribute understanding - though that is not to say that the value of human life can be reduced to a set of equations. … In bringing some of these crucial issues to a wider audience, Davis has made a valuable contribution to the public understanding of the importance of the subject.” -John Ball, New Scientist, November 2006
Davis is one of a very small group of mathematicians who are interested and able to step outside the community and take a hard look at what mathematics really 'is'. Its uses, misuses, customs, relations with the so-called 'real' world, psychology and deep nature are all grist for his voracious mill."" -David Mumford, Brown University, November 2006
is risky to trust common sense-especially when dealing with mathematics. Convincingly Phil Davis demonstrates this, first by answering a few harmless-sounding 'frequently asked questions' about his discipline and then by skillfully seducing the reader into the curious kernel of the most fascinating of all sciences: Mathematics (sometimes written with a capital M, sometimes with a lowercase m; sometimes pure, sometimes applied; sometimes familiar, sometimes strange, even to experts)."" -Rudolf Taschner, November 2006
on a long experience in mathematics as a researcher, teacher and popularizer, Davis reflects upon the subject from many points of view: not only its development and instruction, but also its overly modest status in society in general."" -Ivor Grattan-Guinness, November 2006
""The individual essays are well-written, often including amusing epigraphs and detailed bibliographies … [and] quite interesting to read… Often I found that [Davis] articulated quite well opinions that I never knew I had."" -Darren Glass, MAA Reviews, April 2007
""The author provides many creative discussions and examples, varying from simple to more abstract structures of mathematics … the book can be recommended to all who are interested in mathematics and its nature, beauty, and role in modern society and science."" -EMS, September 2007
""… this book was fun to read, and I recommend at least a perusal to undergraduate math students, graduate students in mathematics, and working mathematicians. Teachers of undergraduate math students should consider assigning certain essays as readings for their students. It gives a healthy view of our subject. "" -The Mathematical Intelligencer , May 2008"