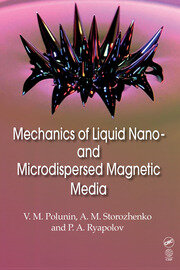 This book offers unique coverage of the mechanical properties of nano- and micro-dispersed magnetic fluids. Magnetic fluids are artificially created materials that do not exist in the nature. Researchers developing materials and devices are keenly interested in their "mutually exclusive" properties including fluidity, compressibility, and the ability to magnetize up to saturation in relatively small magnetic fields. Applications of micro- and nanodispersed magnetic fluids include magnetic-seals, magnetically operated grease in friction units and supports, separators of non-magnetic materials, oil skimmers and separators, sensors of acceleration and angle, and gap fillers in loudspeakers.

Introduction to nanotechnology and microtechnology

Main concepts and definitions used in nano- and micro-technologies

Prefixes to the units of the SI system

Influence of the dimensional effect on the physical properties of materials

The history of development of nanotechnologies and nano-objects

The physical model of the continuous medium

The equation of motion

The equation of the mechanical state

Measurement of magnetic parameters of nano- and microdispersed media

The magnetocaloric effect in a nanodispersed magnetic system

Effect of the ponderomotive force

Excitation of sound in an unlimited magnetic fluid

The coefficient of ponderomotive elasticity of the magnetic fluid membrane

Resonance frequency of oscillations of the magnetic fluid seal

Experimental method for determining the coefficient of ponderomotive elasticity

A magnetic fluid chain with the ponderomotive type elasticity

Rotational oscillations of a linear cluster in a magnetic field

Oscillations of the form of the magnetic fluid droplet

Physical nature of the magnetorheological effect

Equation of the magnetic state of a superparamagnetic

Diffusion of nanoparticles in a fluid matrix

Aggregative stability of the disperse system of magnetic nanoparticles

Additive model of the elasticity of nano- and microdispersed systems

Compressibility of a magnetite–water magnetic fluid

Rheology of the magnetic fluid with anisotropic properties

Kinetic and strength properties of a magnetic fluid membrane

The production of magnetic fluids with different disperse phases

The method of producing magnetite and magnetic fluids on transformer oil

Selection of the dispersion medium

Applications of nano- and microdispersed media

Vyacheslav Mikhailovich Polunin has been working in the Physics Department of Southwest State University in Kursk (Russia) for 40 years: as a senior lecturer, reader, and currently heads the department. He earned his PhD in physics from the Leningrad State University in Saint Petersburg, Russia. Dr. Polunin’s research interests include molecular physics, physical acoustics, and magnetohydrodynamics. He is also the author or co-author of nearly 350 scientific publications in Russian national science journals and many European countries. Dr. Polunin holds 15 author’s certificates and patents. 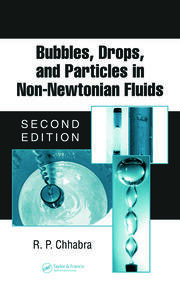 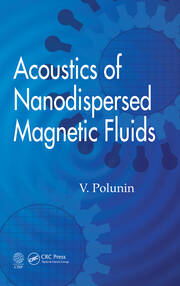 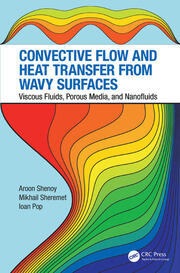