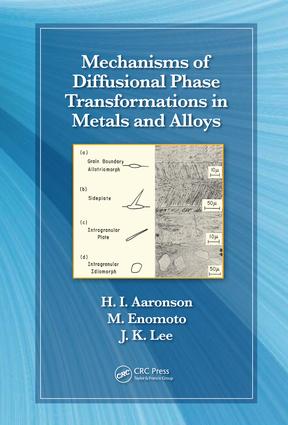 Developed by the late metallurgy professor and master experimentalist Hubert I. Aaronson, this collection of lecture notes details the fundamental principles of phase transformations in metals and alloys upon which steel and other metals industries are based. Mechanisms of Diffusional Phase Transformations in Metals and Alloys is devoted to solid-s

Jong K. Lee received his BS from Seoul National University, Seoul, South Korea; his MS from the University of Washington, Seattle; and his Ph.D. from Stanford University, California. He taught at Michigan Technological University, Houghton, for over three decades. He is a fellow of ASM International, and a foreign member of both the Korean Academy of Science and Technology and the National Academy of Engineering of Ko