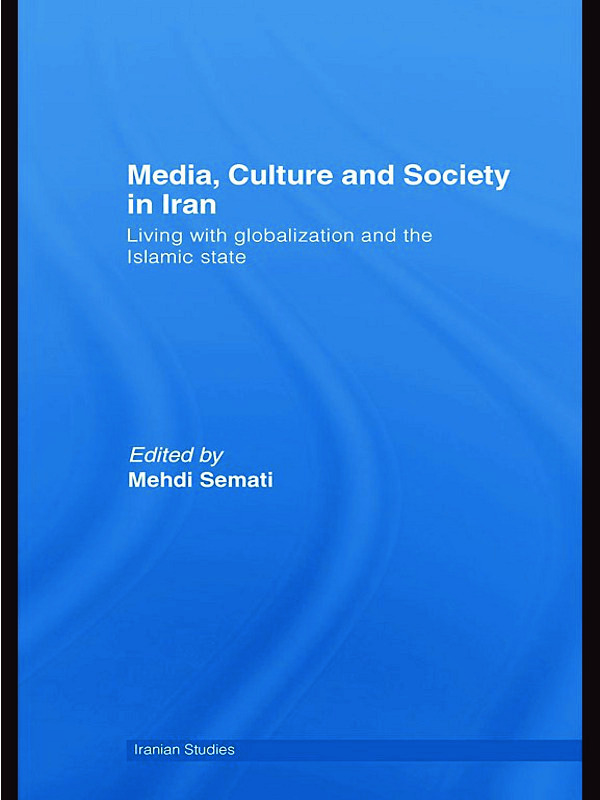 Media, Culture and Society in Iran

Living with Globalization and the Islamic State, 1st Edition

By exploring topics such as the Internet, print press, advertising, satellite television, video, rock music, literature, cinema, gender, religious intellectuals, and secularism, this unique and wide-ranging volume explains Iran as a complex society that has successfully managed to negotiate and embody the tensions of tradition and modernity, democracy and theocracy, isolation and globalization, and other such cultural-political dynamics that escape the explanatory and analytical powers of all-too-familiar binary relations.

Featuring contributions from among the best-known and emerging scholars on Iranian media, culture, society, and politics, this volume uncovers how the existing perspectives on post-revolutionary Iranian society have failed to appreciate the complexity, the paradoxes and the contradictions that characterize life in contemporary Iran, resulting in a general failure to explain and to anticipate its contemporary social and political transformations.

The puzzle of how a vibrant civil society has continued to thrive under a theocratic Islamic state in Iran has long baffled many scholars and analysts of Iranian politics. This wide-ranging collection of essays by a group of young scholars, based mostly in Iran, provides the most informative analysis of this complex relationship between the society and the state in Iran by exploring the role of the media (including the press, television, cinema, the internet, etc.), music, popular literature, and gender relations. It offers fresh perspectives on the contemporary Iranian political culture—as well as politics of culture—in the postrevolutionary period and should be of great interest to students of Middle East politics, communications theory, and cultural studies.

Iran is often seen as a series of frozen images, with angry clerics and anti-American shibboleths being the byproducts of a stultifying theocratic order. In this path-breaking book, a different Iran comes to life, as a number of authors challenge the prevailing impressions. From the politics of the internet to disquisition of religious discourse in the seminaries, Media, Culture and Society in Iran opens new vistas into this most complex of countries. For anyone interested in understanding the Islamic Republic, its tribulations and contradictions, its promises and ideals, there is simply no better guide.

If the world needed any reminder that Iranians, like any other people, are busy resisting domestic tyranny, defying globalized imperialism, and mapping out the contours of their own place in history, Mehdi Semati's judiciously edited volume is here to respond to that need. Through a succession of brilliant first hand accounts on media, culture, and civil society in Iran, the essays capably collected in this volume cut through the mind-numbing clichés that think tank analysts and their native mis-informers have fed the public at large. The rambunctious Iranian press, a thriving internet culture, the politics of its youths, their arts and music, the importance of satellite TV, a globalized cinema, the inner dynamics of a grassroots women's movement, and innumerable other minutiae of a struggling cosmopolitan culture come to life in this unprecedented and deeply informative book.