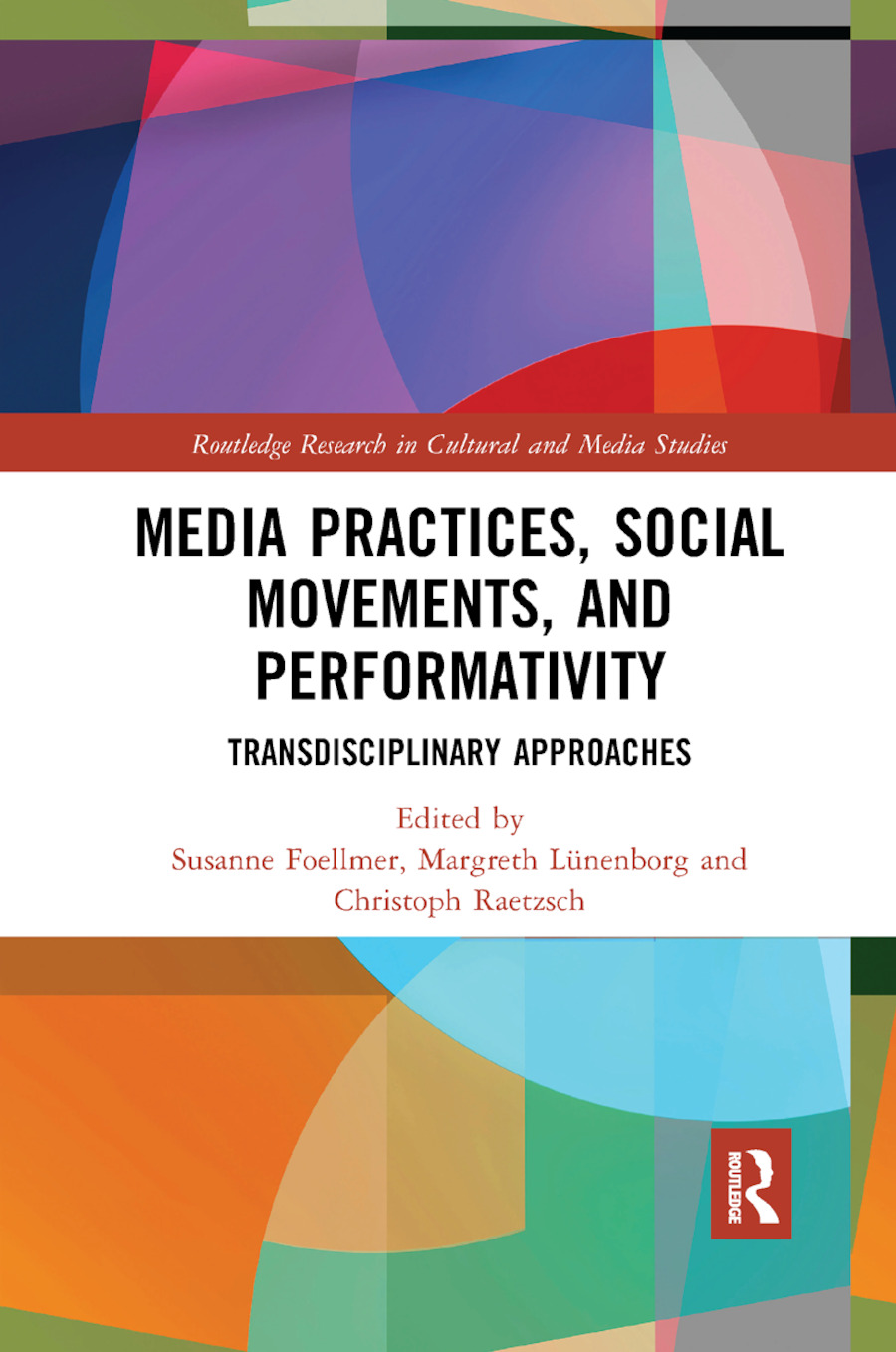 As individuals incorporate new forms of media into their daily routines, these media transform individuals’ engagement with networks of heterogeneous actors. Using the concept of media practices, this volume looks at processes of social and political transformation in diverse regions of the world to argue that media change and social change converge on a redefinition of the relations of individuals to larger collective bodies. To this end, contributors examine new collective actors emerging in the public arena through digital media or established actors adjusting to a diversified communication environment. The book offers an important contribution to a vibrant, transdisciplinary, and international field of research emerging at the intersections of communication, performance and social movement studies.

1. From Public Sphere to Performative Publics: Developing Media Practice as an Analytic Model

3. Mobilising the homeless? A proposal for the concept of banal mobilisation

4. Gezi Uprising: Performative Democracy and Politics of the Body in an Extended Space of Appearance

6. The Mechanics of Signification – Making the Story of Embros

9. Succession or Cessation: The Challenge of New Media for the Japan-Korea Solidarity Movement

Susanne Foellmer holds a position as Reader of Dance at Coventry University/Centre for Dance Research (C-DaRE), UK. Her main research areas embrace aesthetic theory and concepts of the body in contemporary dance, performance, and in the Weimar Era, relationships between dance and ‘other’ media as well as temporality, historicity and politicality of performance. Since 2014 she has been directing the DFG research project On Remnants and Vestiges. Strategies of Remaining in the Performing Arts. She also has been working as a dramaturge and artistic councillor for Isabelle Schad, Meg Stuart, and Jeremy Wade among others.

Margreth Lünenborg is Professor of Journalism Studies and Director of the Margherita-von-Brentano-Center for Gender Studies at Freie Universität Berlin, Germany. She is editor of the book series Critical Studies in Media and Communication (transcript publishers) and member of the editorial boards of Feminist Media Studies and Media and Communication. Among her recent publications are Gender Media Studies. An Introduction (with Tanja Meier; in German, 2013) and a guest editorship (with Daniela Roventa-Frumusani) of a special issue of ESSACHESS - Journal for Communication Studies on "How Does Gender Matter?" (2014).

Christoph Raetzsch is a post-doctoral researcher at the School of Communication and Culture of Aarhus University (Denmark). He was Vice Chair of the Digital Culture and Communication Section of ECREA 2014–2016 and his research has been published in international, peer-reviewed journals such as Digital Journalism, Journalism Practice, Tecnoscienza, Media History and the Journal of Computational Culture. He is also author of a monograph on the early works of Jean Baudrillard (2008) and co-editor of REAL—Yearbook of Research in English and American Literature States of Emergency—States of Crisis (2011).