Media and Moral Education
A Philosophy of Critical Engagement 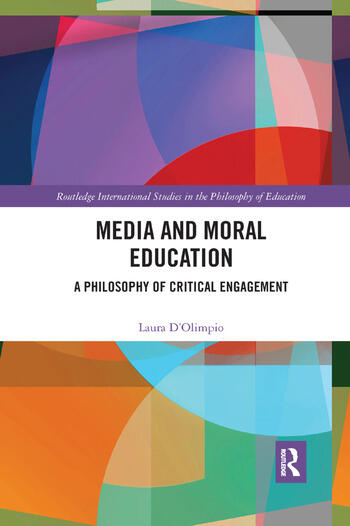 Media and Moral Education: A Philosophy of Critical Engagement

Media and Moral Education demonstrates that the study of philosophy can be used to enhance critical thinking skills, which are sorely needed in today’s technological age. It addresses the current oversight of the educational environment not keeping pace with rapid advances in technology, despite the fact that educating students to engage critically and compassionately with others via online media is of the utmost importance.

D’Olimpio claims that philosophical thinking skills support the adoption of an attitude she calls critical perspectivism, which she applies in the book to international multimedia examples. The author also suggests that the Community of Inquiry – a pedagogy practised by advocates of Philosophy for Children – creates a space in which participants can practise being critically perspectival, and can be conducted with all age levels in a classroom or public setting, making it beneficial in shaping democratic and discerning citizens.

This book will be of interest to academics, researchers and postgraduate students in the areas of philosophy of education, philosophy, education, critical theory and communication, film and media studies.

6. Philosophy in the Public Sphere

Dr Laura D’Olimpio is a Senior Lecturer in Philosophy at The University of Notre Dame Australia.

"Laura D’Olimpio’s Media and Moral Education: A Philosophy of Critical Engagement combines first-rate pedagogical insights with ethical and aesthetic ones. The book is structured around her theory of "the attitude of critical perspectivism." It is in terms of this theory that she illustrates the significance of critical engagement with media such as film and television (though not limited to these), both for how we learn, or can learn, to think in ethical terms, and, importantly, how to live ethically reflective lives. Jargon-free, clearly written, well-informed, and full of examples, it serves as a valuable and practical contribution both to teaching ethics and aesthetics using media, as well as to first-order moral theory. Even more, it vividly serves to remind us of the power, the dangers, and the possible rewards of contemporary media; along with the extent to which, like it or not – by means of fantasy as well as insight, lies as well as truth, fact as well as fiction – it shapes so much of our lives. As D’Olimpio sees it, therein lies much of the power of media. In these troubling, if not dire, times, this book presents a persuasive cumulative case for the contemporary relevance – political, social, and personal – and need for critical engagement with the media. As D’Olimpio says "When it comes to mass art and social media, we need to discern between reliable sources of information, misinformation, hoaxes, scams, and fake news. The discerning citizen will be able to engage critically, creatively, collaboratively as well as compassionately with multiple sources and diverse perspectives encountered on a daily basis.""

"Not nearly enough attention has been paid in educational theory to the role in young people’s lives of social and mass media. D’Olimpio’s wise book goes a long way towards making good that shortfall. She argues, compellingly, that social and mass media are at once domains in which moral and intellectual virtues are sorely needed and powerful educational resources for the cultivation of those virtues."

‘In Media and Moral Education: A Philosophy of Critical Engagement Laura D’Olimpio has written a scholarly, accessible, and much-needed book that makes a strong case for the importance and role of philosophy within education today. The central and compelling argument of the book is that the sort of critical and compassionate ways of thinking that philosophy can cultivate are of utmost importance in today’s world of mass art and social media – a world in which young people are constantly presented with multiple, and often competing, sources of information. Drawing on well-thought-through philosophical analysis to advance the idea of ‘critical perspectivism’, the book provides invaluable insights about how notions of criticality and compassion might be fostered in and through education, and how the adoption of critical perspectivism can support young people to navigate and make sense of the multiple perspectives available to them. A truly valuable book.’

An interview with Michael Hand for ABC Radio National's The Philosopher's Zone on "Ethics and Absolutes in the Classroom":

"We need to become global citizens to rebuild trust in our globalised world", The Conversation:

"Moral Education and Critical Thinking are vital in a Digital age" ABC Religion and Ethics: