Media and the Moral Mind 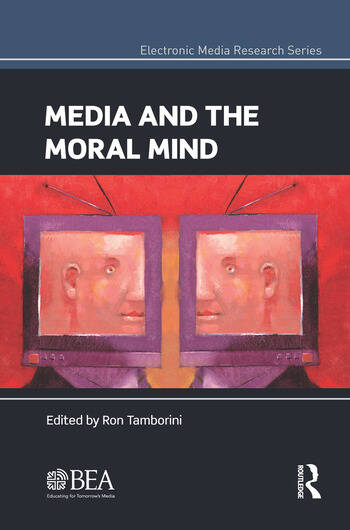 Media and the Moral Mind

Questions regarding the relation between media and morality have been a lasting concern. Can media exposure shape or alter moral values? Does morality influence how audience members select, interpret and respond to media content? Attempts to answer such questions are hindered by the complex nature of morality and its dynamic relation with media.

This volume brings together leading scholars in an effort to examine reciprocal processes that connect media with morality, and to set a course for understanding this association. Individual essays combine established and emerging theories from media and moral psychology to explain how fundamental mechanisms that govern moral reasoning can shape and be shaped by media exposure. Together these scholars provide an understanding of the relationship between media and morality that should serve as an invaluable resource for current and future generations of researchers.

Chapter 6: Moral Disengagement During Exposure to Media Violence: Would It Feel Right to Shoot an Innocent Civilian in a Video Game? by Tilo Hartmann, VU University Amsterdam

Chapter 7: Moral Monitoring and Emotionality in Responding to Fiction, Sports, and the News by Dolf Zillmann, University of Alabama

Chapter 8: How We Enjoy and Why We Seek Out Morally Complex Characters in Media Entertainment by Arthur A. Raney and Sophie H. Janicke, Florida State University

Chapter 10: The Role of Media in Children and Adolescents’ Moral Reasoning

Ron Tamborini (Ph.D., Indiana University, 1982) is the Director of Doctoral Studies and a Professor in the Department of Communication at Michigan State University where he teaches courses on media influence and methods of communication inquiry.