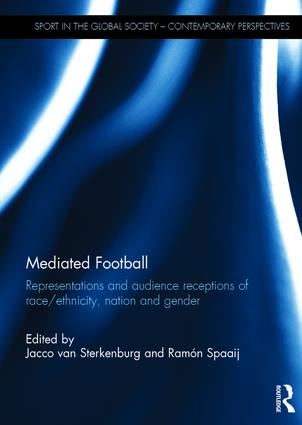 Football has become one of the most mediated cultural practices in modern Western societies, providing players, officials and spectators with implicit and often hidden discourses about race/ethnicity, national identity and gender. This book provides new and critical insights into how mediated football as a contested cultural practice influences, and is influenced by, discourses and stereotypes about race/ethnicity, nation and gender that operate at the local, national and global level. It analyzes both contemporary media representations and the ways these representations are negotiated, interpreted and used by football media audiences. These issues are explored across all media genres (print media, television, online, social media, film, and so forth) in a multidisciplinary and cross-cultural manner, with contributions from diverse disciplines and countries.

This book was originally published as a special issue of Soccer and Society.

3. The coming of age of women’s football in the Dutch sports media, 1995-2013 Rens Peeters and Agnes Elling

4. Sportswomen in the German popular press: A study carried out in the context of the 2011 Women’s Football World Cup Gertrud Pfister

7. The mediated nation and the transnational football fan David Rowe

8. As Kiwi as? Contestation over the place of men’s football in New Zealand culture Toni Bruce and Arron Stewart

10. Do they even know the national anthem? Minorities in service of the flag – Israeli Arabs in the national football team Ilan Tamir and Alina Bernstein

The social, cultural (including media) and political study of sport is an expanding area of scholarship and related research. While this area has been well served by the Sport in the Global Society series, the surge in quality scholarship over the last few years has necessitated the creation of Sport in the Global Society: Contemporary Perspectives. The series will publish the work of leading scholars in fields as diverse as sociology, cultural studies, media studies, gender studies, cultural geography and history, political science and political economy. If the social and cultural study of sport is to receive the scholarly attention and readership it warrants, a cross-disciplinary series dedicated to taking sport beyond the narrow confines of physical education and sport science academic domains is necessary. Sport in the Global Society: Contemporary Perspectives will answer this need.