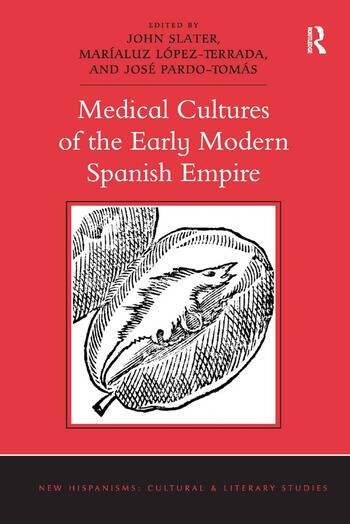 Early modern Spain was a global empire in which a startling variety of medical cultures came into contact, and occasionally conflict, with one another. Spanish soldiers, ambassadors, missionaries, sailors, and emigrants of all sorts carried with them to the farthest reaches of the monarchy their own ideas about sickness and health. These ideas were, in turn, influenced by local cultures. This volume tells the story of encounters among medical cultures in the early modern Spanish empire. The twelve chapters draw upon a wide variety of sources, ranging from drama, poetry, and sermons to broadsheets, travel accounts, chronicles, and Inquisitorial documents; and it surveys a tremendous regional scope, from Mexico, to the Canary Islands, the Iberian Peninsula, Italy, and Germany. Together, these essays propose a new interpretation of the circulation, reception, appropriation, and elaboration of ideas and practices related to sickness and health, sex, monstrosity, and death, in a historical moment marked by continuous cross-pollination among institutions and populations with a decided stake in the functioning and control of the human body. Ultimately, the volume discloses how medical cultures provided demographic, analytical, and even geographic tools that constituted a particular kind of map of knowledge and practice, upon which were plotted: the local utilities of pharmacological discoveries; cures for social unrest or decline; spaces for political and institutional struggle; and evolving understandings of monstrousness and normativity. Medical Cultures of the Early Modern Spanish Empire puts the history of early modern Spanish medicine on a new footing in the English-speaking world.

John Slater is Associate Professor in the Department of Spanish and Portuguese at the University of California - Davis, USA. MarÃ­aluz LÃ³pez-Terrada is Senior Researcher (Investigadora cientÃ­fica) at the Instituto de Historia de la Medicina y de la Ciencia LÃ³pez PiÃ±ero, of the Spanish National Research Council (CSIC, Valencia), Spain. José Pardo-TomÃ¡s is Senior Researcher at the Department of History of Science in the Institucio ’MilÃ  i Fontanals’ (CSIC, Barcelona), Spain.

"The essays are geographically and topically diverse, ranging from Spaniards among humanist circles in mid-sixteenth-century Trent to a natural history of hypertrichosis to a study of astrological medicine in Golden Age drama. This diversity brings to the discussion more voices and more actors whose concerns with the human body highlight rivalry and collaboration across political, religious, legal, literary, and medical frameworks…This volume successfully serves to open communications within the field, to bring together isolated voices from various disciplines from medicine to theater to politics, and to pose new questions about early modern Spanish medicine."

"The book's core accomplishment is to bring forward a diverse array of medical representations offered through an eclectic consideration of narrative texts ranging from the imagined to the scientific... the chapters are unified by a coherent awareness of the need for deep interdisciplinary engagement with the formation of discourses about medicine within the early modern Spanish Empire. Overall, the book is a fine contribution to scholarship which couidl profitably be emulated in other fields of cultural, Empire and medical humanities in order to close the gaps in our understanding of the perspectives, stories and experiences of colonized peoples and their various medical cultures."

"The book is drawn together in an epilogue by William Eamon. He points out that Spain was different to the rest of Europe, but that Spain also made a difference to the broader scientific revolution that occuers in the Renaissance. In summary this book encourages readers to explore a wider genre of source materials than is conventionally the case."