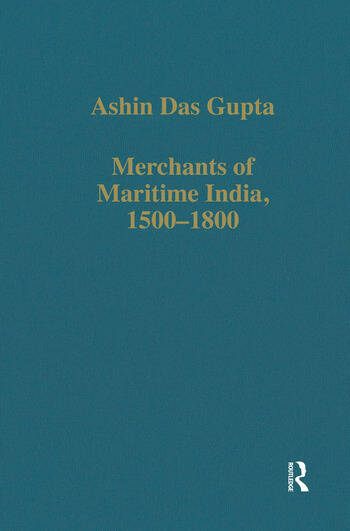 The focus of this volume is the rise and fall of the Indian maritime merchant in the early modern period: the heyday of Moghul Surat, the appearance of a group of independent merchant shipowners, and their eclipse at the end of the period in the face of European competition and monopolies. Much of the evidence for the activity of these Indian merchants comes from the records of the Dutch and English East India Companies, as well as the papers of English private merchants, and this is carefully assessed by Professor Das Gupta in these articles. He is also concerned to set the picture thus gained in the context of the trade of the Indian Ocean region as a whole, and to relate it to the questions of continuity and change raised by Van Leur.

'Any reader interested in early modern trade, in the role of the state in this, and in the transition to European dominance, could find no better place to start than in these collected essays.' -M.N. Pearson, Northern Mariner 'Das Gupta is widely recognised as a major authority in this area. His scholarship and command over sources, combined with a delightful style of writing, brings alive the world of the Indian maritime merchant in a manner that has few parallels' Om Prakash, Mariners Mirror