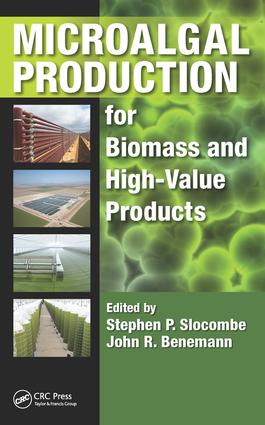 Microalgae are a particularly interesting source of products that range from currently marketed human nutritionals and food ingredients, to potential sources of biofuels and animal feeds. Rapid advances in technology and commercial development are taking place worldwide. Importantly, algal cultivation does not compete with agriculture for land, water, and in some cases, fertilizer resources.

This book brings together the latest advances of interest to those already working in the field while providing an introduction to those beginning to learn about the promise of microalgae as a sustainable source of both specialty and commodity products. It gives stimulating overviews from many different perspectives that describe how laboratory and applied research are creating advances in commercial microalgae production. It also addresses the still many open questions and challenges in this field.

John A. Raven and John Beardall

Screening and Improvement of Marine Microalgae for Oil Production

Supply of CO2 to Closed and Open Photobioreactors

Stephen P. Slocombe, PhD, is an experienced plant molecular biologist, working on microalgal biotechnology at the Scottish Association for Marine Sciences (SAMS) in Oban, United Kingdom, since 2009. He earned his PhD in botany from the University of Leicester. He has published extensively on biotechnology-related topics such as the regulation of plant lipid metabolism. At SAMS, he oversaw the screening of microalgal collection and is currently working on improving oil production and other biotechnological applications in marine microalgae, using molecular and physiological approaches.

, PhD, is CEO of MicroBio Engineering, Inc., a research and consulting engineering company located in San Luis Obispo, California and focused on wastewater treatment and algal technologies. He earned his PhD in biochemistry from the University of California, Berkeley. He has founded two other companies, was an associate professor at the Georgia Institute of Technology, and is a founding director of the Algae Biomass Organization, a trade organization. He is a member of the Executive Committees of the International Society for Applied Phycology and the European Algae Biomass Association. He has published extensively and is a frequent conference speaker.