Microgrids offers a complete discussion and details about microgrids and their applications, including modeling of AC/DC and hybrid grids in a tied mode with simulation for the solar systems, wind turbines, biomass and fuel cells, and deployment issues. The data communications and control mechanism implementations are analyzed for proper coordination of the AC/DC microgrid. The various real-time applications and future development of the microgrid are also discussed in this book, with MATLAB®-based simulations and results. This book:

This book would be a welcome addition to the libraries of researchers, senior undergraduate students, and graduate students in power and electrical engineering, especially those working with smart and microgrids.

Prof. P. Sanjeevikumar (Member'12, Senior Member'15, IEEE) received the bachelor's degree from the University of Madras, India, in 2002, the master's degree (Hons.) from Pondicherry University, India, in 2006, and the Ph.D. degree from the University of Bologna, Italy, in 2012. He was an Associate Professor with VIT University, from 2012 to 2013. In 2013, he joined the National Institute of Technology (Puducherry), India, as a Faculty Member. In 2014, he was invited as a Visiting Researcher with Qatar University, Qatar, funded by the Qatar National Research Foundation (Government of Qatar) and was a Lead Researcher with the Dublin Institute of Technology, Ireland. He was an Associate Professor with the Department of Electrical and Electronics Engineering, University of Johannesburg, South Africa, from 2016 to 2018. Since 2018, he has been a Faculty Member with the Department of Energy Technology, Aalborg University, Esbjerg, Denmark. He has authored over 350 plus scientific papers and has received the Best Paper cum Most Excellence Research Paper Award from IET-SEISCON'13 and IET-CEAT'16 and five best paper awards from ETAEERE'16 sponsored Lecture Note in Electrical Engineering, Springer book series. He is a Senior Member of the IEEE, Fellow of the Institute of Electronics and Telecommunication Engineers (FIETE’18), India, Fellow the Institute of Engineers (FIE’18), Fellow the Institute of Engineering and Technology (FIET’19), UK. He has involved as a member on invitation in various capacities in the committees for several international conferences, including the IEEE and the IET. He serves as an Editor/Associate Editor/or in the Editorial Board of many-refereed journals, in particular, the IEEE Systems Journal, the IEEE Transactions on Industry Applications, the IEEE ACCESS, and the IET Power Electronics, and serves as a Subject Editor for IET Renewable Power Generation, the IET Generation, Transmission and Distribution, and FACTS Journal (Canada).

is currently working as Professor in the Department of Electrical Engineering, Faculty of Engineering, King Abdulaziz Univesity, Rabigh, Saudi Arabia. He has 19 years of Teaching/Research experience. He had completed his B.E (Electrical and Electronics Engineering) and M.E in Power system engineering from Faculty of Engineering and Technology, Annamalai University, India in the year of 1998 and 1999 respectively. He completed his Ph.D in the area of Power system engineering from College of Engineering Guindy campus, Anna University in the year of 2004. He served as Lecturer in the College of Engineering Guindy campus, Anna University, Associate Professor in BITS Pilani Dubai campus, UAE and Senior Associate Professor and Dean in AIMST University, Malaysia. He also worked as Senior Professor in Karpagam College of Engineering, Coimbatore, India. He had more than ten years of foreign academic experience. During this period he had successfully completed two research projects from AIMST University and FRGS grant, MOHE, Malaysia in the area of Power Systems Engineering. He is an active member of IET (UK) and he received Charted Engineer title in the year of 2016 from Engineering Council, U.K. He also holds membership in ISTE, IAENG. He had published books in the area of Electrical and Electrical Engineering. His area of interest is Computer Applications to online Power System Analysis, Modelling of Power Systems. He could able to publish more than 50 research papers in the reputed International Journals.

has completed his B.E (EEE) from University of Madras, Tamil Nadu (1997), M.E (Electrical Power Engineering) from The M.S. University of Baroda, Vadodara, Gujarat (1999), PhD from VIT University, Tamil Nadu, India (2013) under the guidance of Prof.D.P.Kothari He has also completed his Post-Doctoral Fellow from Central Power Research Institute, Bengaluru, Karnataka, India. He is presently with the VIT University as Associate Professor. He is Senior Member-IEEE, He has published 31 peer reviewed journals which includes Elsevier, IET, Springer publications and 77 National and International Conferences which includes TENCON 2015, 2016, 2017-a region 10 IEEE international conference. His area of interest includes Deregulation and restructured Power systems under Smart Grid environment, Electric Vehicles and issues related to distribution system studies.

currently works at the Department of Energy Technology, Aalborg University, and Head of the Esbjerg Energy Section. He has vast experience in the field of Bio-refinery concepts, Biogas production and Anaerobic Digestion. On his research activities, established advanced the Center for Bioenergy and Green Engineering in 2009, Esbjerg, Denmark and serve as the Head of the research group program. He has implemented large-scale projects in his field of research in Denmark with various provinces, European states, Canada, USA, China, and Eastern Africa regions. He has been serving as the technical expert member for many industries in his field. He has executed many large scale European Union and United Nation projects in the research aspects of Bioenergy, Bio-refinery processes, the full chain of biogas and Green Engineering. He has authored/coauthored more than 100 scientific papers in the peer reviewed journals and flag-off conferences. He serves on invitation with various capacities in several international conferences, and Organizer of international conferences, workshops and training programmes in Europe, Central Asia and China. His focus towards the "Renewable Energy - Sustainability - Green jobs for all". 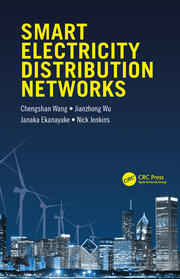 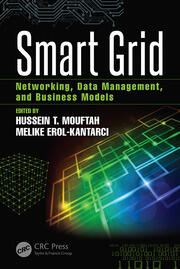 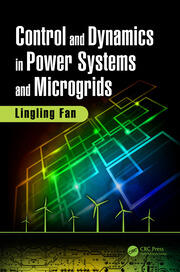