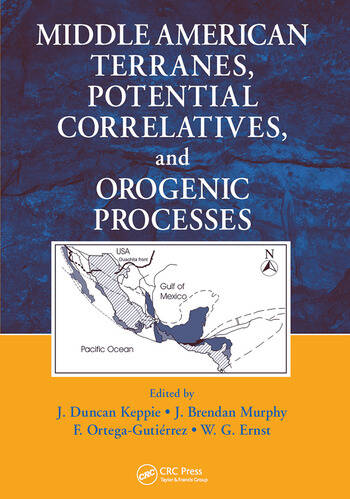 Consisting of papers that have appeared recently in International Geology Review, Middle American Terranes, Potential Correlatives, and Orogenic Processes focuses on Middle American terranes in which tectonic processes, including flat-slab subduction, for orogenic development are examined at various times since the late Mesoproterozoic: at 1 Ga, through the Paleozoic, and into the Cenozoic. Many papers relate the evolution of the Middle American terranes over the past billion years to global scale events, and a second theme running through the book relates to the supercontinents, Rodinia and Pangea, the geometry of their amalgamation and breakup, and the processes responsible.

·       An update on the geographic record, tectonic setting, and provenance of these terranes

·       An exploration of the following potential correlatives: (1) events in Europe on the northern margin of Gondwana; (2) the Late Silurian-Devonian Acadian orogeny in the Appalachian, which is inferred to have resulted from flat-slab subduction related to overriding a plume; and (3) Mesozoic-Cenozoic events along the western margin of Laurentia

·       A discussion of possible mechanisms for the initiation of orogeny, flat-slab subduction in the Laramide orogeny, and hypotheses relating to the amalgamation and breakup of supercontine