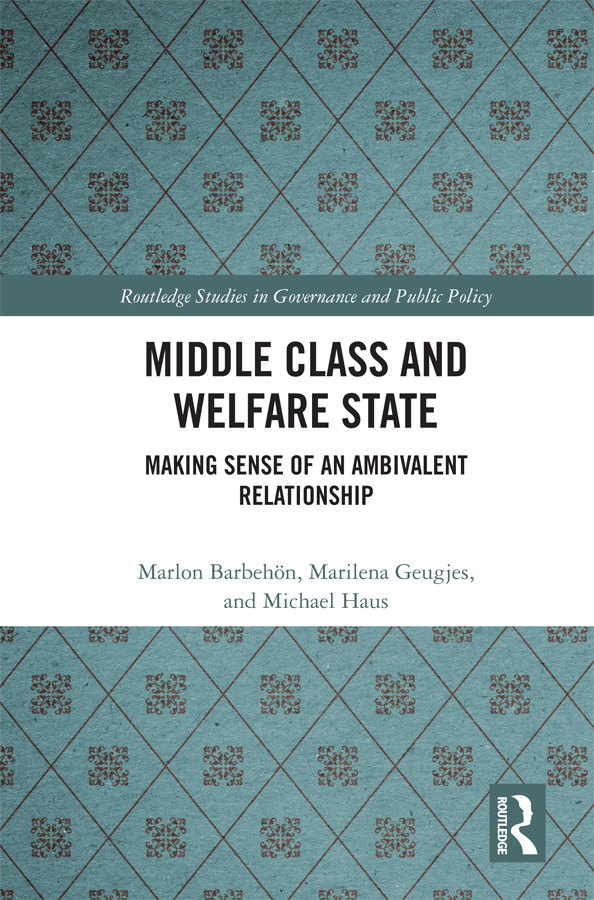 This book examines the relationship between the middle class and the welfare state.

Taking an interpretive approach which understands the middle class as a socially constructed category, it combines discourse analysis, welfare state theory, and interpretive policy analysis in an innovative way to investigate how the middle class becomes a meaningful object of public debates and policy-making. Comparing Germany, Sweden, and the United Kingdom, the book reconstructs the prevalent images and meanings of the middle class from each country’s public debates and tracks how the middle classes with their various meanings and characteristics are entangled with the identification of societal problems, the articulation of political demands, and the construction of welfare policies. Ultimately, it shows how the formation and consolidation of different welfare regimes can be interpreted as specific ways of solving the puzzle of how to incorporate the middle class in the construction of a welfare state consensus.

This book will be of key interest to scholars and students of comparative welfare state research, policy analysis, political sociology, political theory, and European and comparative politics.

1. The Middle Class: A Constructivist Perspective

5. Sweden: The Egalitarian Understanding of the Middle Class

6. Germany: The Conservative-Communitarian Understanding of the Middle Class

7. United Kingdom: The Libertarian-Multicultural Understanding of the Middle Class

is Research Assistant at the Institute of Political Science, Heidelberg University, Germany.

is Professor for Modern Political Theory at the Institute of Political Science, Heidelberg University, Germany.