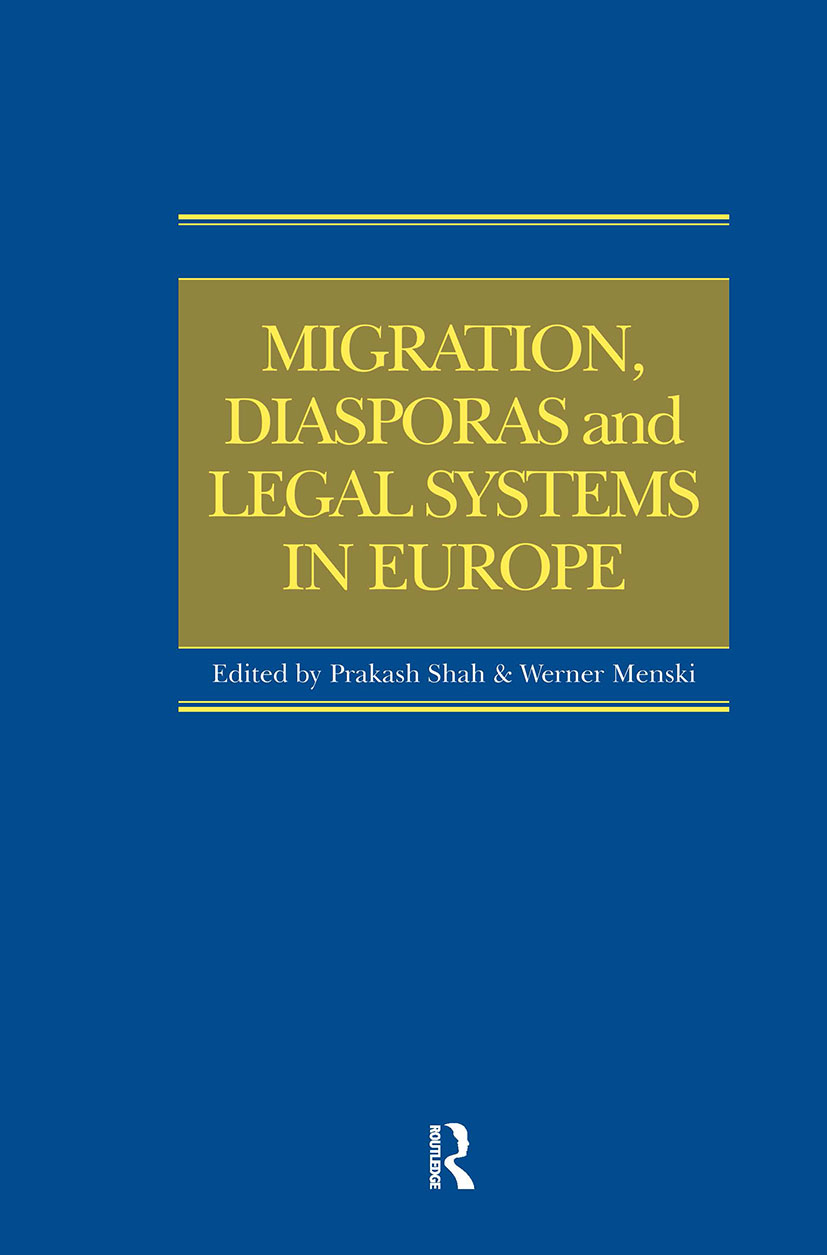 At a time when issues concerning migration and the formation of diasporic communities have come to be critical for all European legal systems, this volume reflects, discusses and analyzes the questions raised by diasporas who have established themselves in Europe over more than fifty years of immigration and the challenges faced by legal systems in the light of continued migration.

Contributors from a broad range of backgrounds address prominent issues ranging from legal pluralism among minorities, pressures on EU accession states, irregular migration, state control of family reunification and formation in light of human rights laws, challenges for citizenship and nationality laws and the implementation of visa rules and juxtaposed control zones. Besides the EU as a supranational legal order, the book contains discussion of conditions in the United Kingdom, Ireland, France, Spain, Gibraltar, Morocco, Greece, Turkey and Lithuania.

This volume accompanies The Challenge of Asylum to Legal Systems and is the second book to emerge from the W.G Hart Legal Workshop held in 2004 at London's Institute for Advanced Legal Studies.

Introduction: Migration, Diasporas and Legal Systems in Europe; Rethinking Legal Theory in the Light of South-North Migration; Ethnic Diversity and the Delivery of Justice: The Challenge of Plurality; The Migration and Settlement of Muslims: The Challenges for European Legal Systems; Alternative Dispute Resolution in a Muslim Community: The Shia Imami Ismaili Conciliation and Arbitration Boards; New Judicial Developments in EU Citizenship: Solidarity, Security, and Second-class Citizens; Discriminatory Denationalisations Based on Ethnic Origin: The Dark Legacy of Ex Art 19 of the Greek Nationality Code; The Irish Citizenship Referendum 2004: A Solution in Search of a Problem?; Changing Polities and Electoral Rights: Lithuania’s Accession to the EU; Hidden Purpose: UK Ethnic Minority International Marriages and the Immigration Rules; Transnational Mothering, National Immigration Policy and the European Court of Human Rights; Entry and Residence of Aliens in the Case Law of the European Court of Human Rights; Immigration Policy of the European Union: The Challenges Posed by a Fifth Enlargement; An Unhappy Triangle? Labour Migration Spain and Gibraltar from Morocco; Impact of the EU Membership Process on the Development of the Turkish Immigration Law Regime; EU Law and Policy on Irregular Migration: The Need for Convergence on the Admission of Third-country Nationals for Employment; Monitoring the UK Entry Clearance System; Arriving Before You Depart: Law and Fiction in Juxtaposed Control Zones; Property Law Aspects of Refugee and IDP Returns: Case Studies of Georgia and Kosovo; Selling the New Europe: Land Law Reform and Migration Pressures