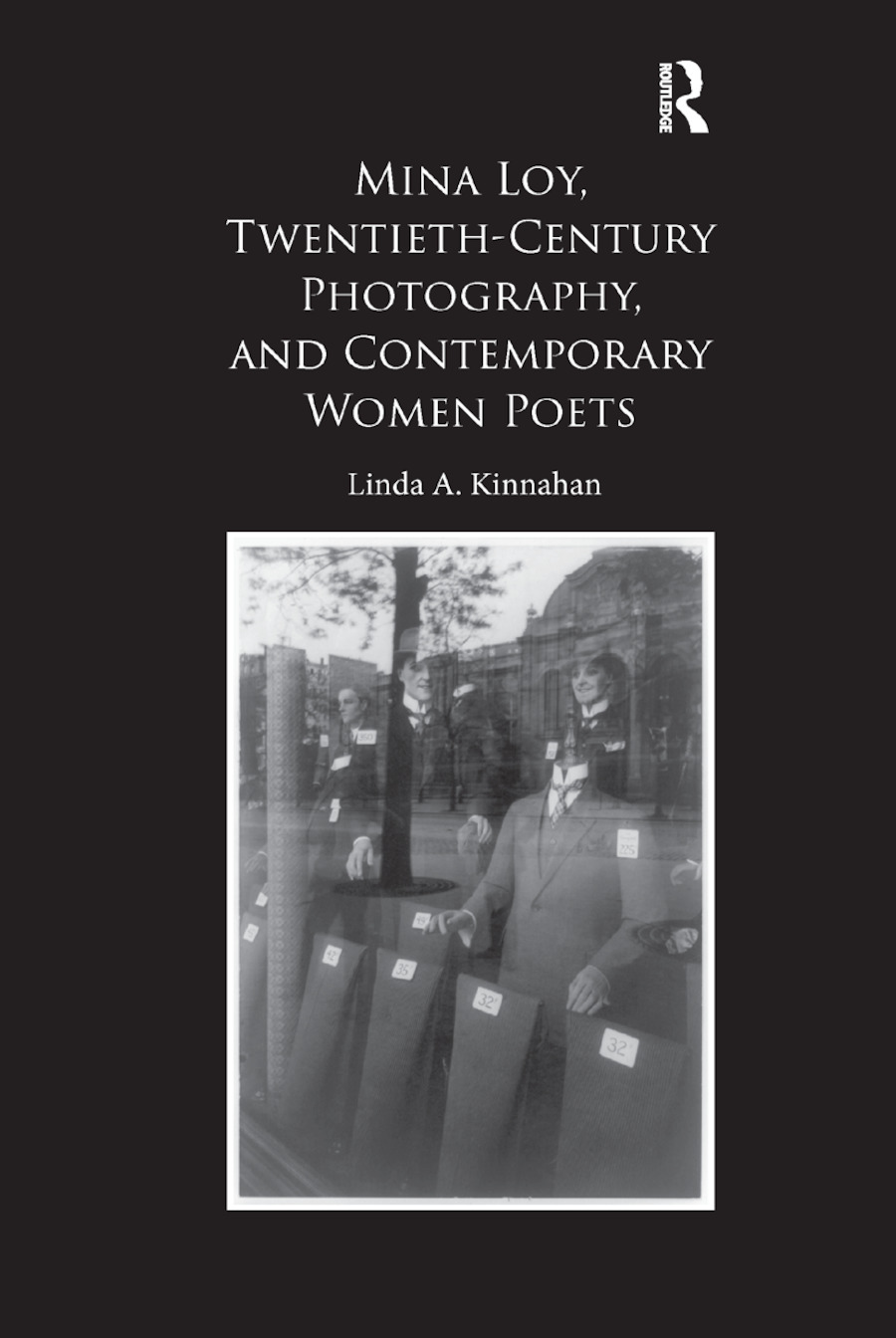 In Mina Loy, Twentieth-Century Photography, and Contemporary Women Poets, Linda A. Kinnahan explores the making of Mina Loy’s late modernist poetics in relation to photography’s ascendance, by the mid-twentieth century, as a distinctively modern force shaping representation and perception. As photography develops over the course of the century as an art form, social tool, and cultural force, Loy’s relationship to a range of photographic cultures emerging in the first half of the twentieth century suggests how we might understand not only the intriguing work of this poet, but also the shaping impact of photography and new technologies of vision upon modernist poetics. Framing Loy’s encounters with photography through intersections of portraiture, Surrealism, fashion, documentary, and photojournalism, Kinnahan draws correspondences between Loy’s late poetry and visual discourses of the body, urban poverty, and war, discerning how a visual rhetoric of gender often underlies these mappings and connections. In her final chapter, Kinnahan examines two contemporary poets who directly engage the camera’s modern impact –Kathleen Fraser and Caroline Bergvall – to explore the questions posed in their work about the particular relation of the camera, the photographic image, and the construction of gender in the late twentieth century.

1 Loy among the photographers: poetry, perception, and the camera

2 Surrealism and the female body: economies of violence

3 Portraits of the poor: the Bowery poems and the rise of documentary photography

4 From patriotism to atrocity: the war poems and photojournalism

Linda A. Kinnahan is Professor of English at Duquesne University, Pittsburgh, USA.