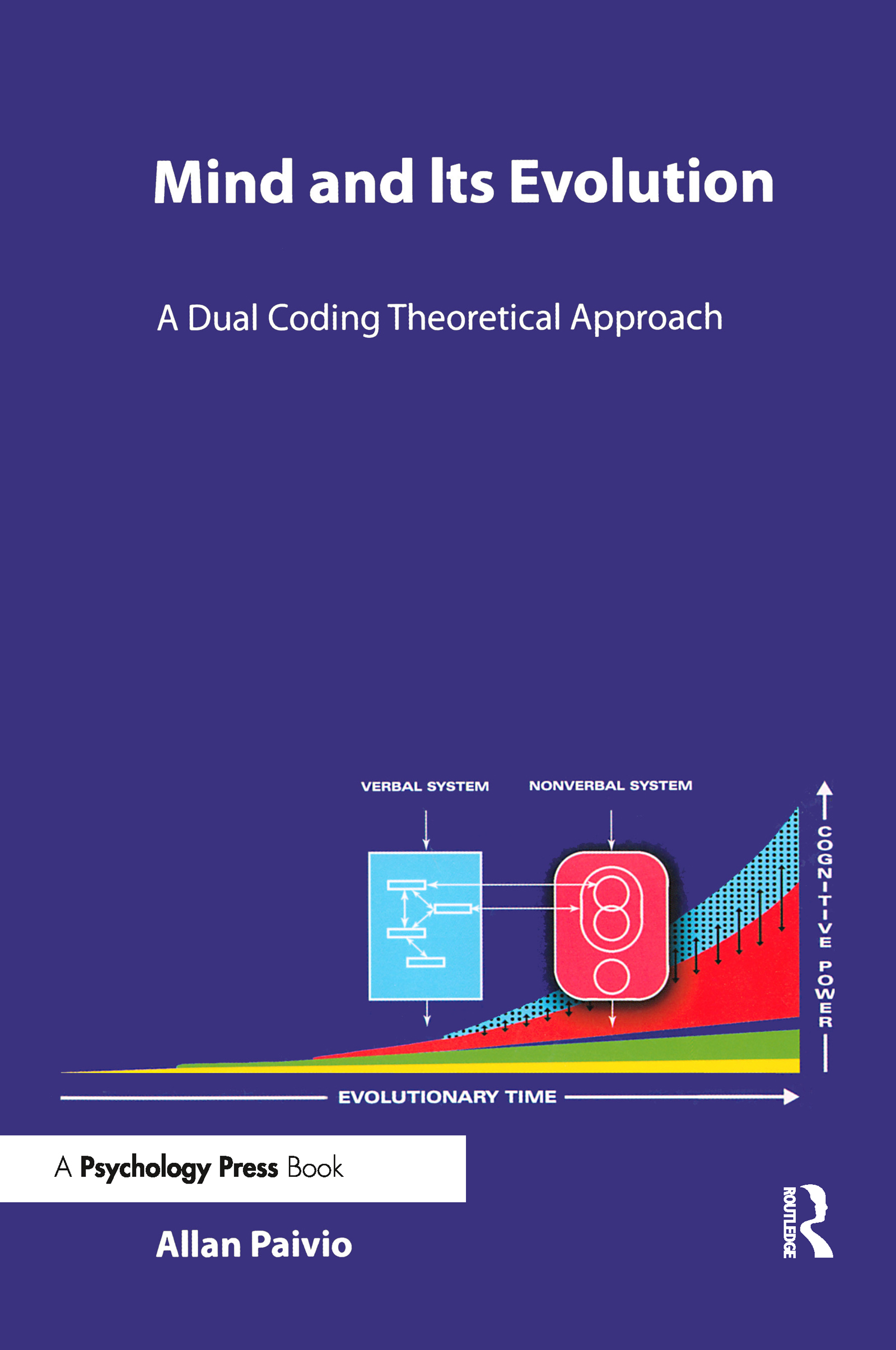 Mind and Its Evolution

This book updates the Dual Coding Theory of mind (DCT), a theory of modern human cognition consisting of separate but interconnected nonverbal and verbal systems. Allan Paivio, a leading scholar in cognitive psychology, presents this masterwork as new findings in psychological research on memory, thought, language, and other core areas have flourished, as have pioneering developments in the cognitive neurosciences. Mind and Its Evolution provides a thorough exploration into how these adaptive nonverbal and verbal systems might have evolved, as well as a careful comparison of DCT with contrasting "single-code" cognitive theories.

Divided into four parts, this text begins with a general, systematic theory of modern human cognition as the reference model for interpreting the cognitive abilities of evolutionary ancestors. The first half of the book discusses mind as it is; the second half addresses how it came to be that way. Each half is subdivided into two parts defined by thematic chapters. Mind and Its Evolution concludes with evidence-based suggestions about nourishing mental growth through applications of DCT in education, psychotherapy, and health.

This volume will appeal to cognitive and evolutionary psychologists, as well as students in the areas of memory, language, cognition, and mind evolution specialists in psychology, philosophy, and other disciplines.