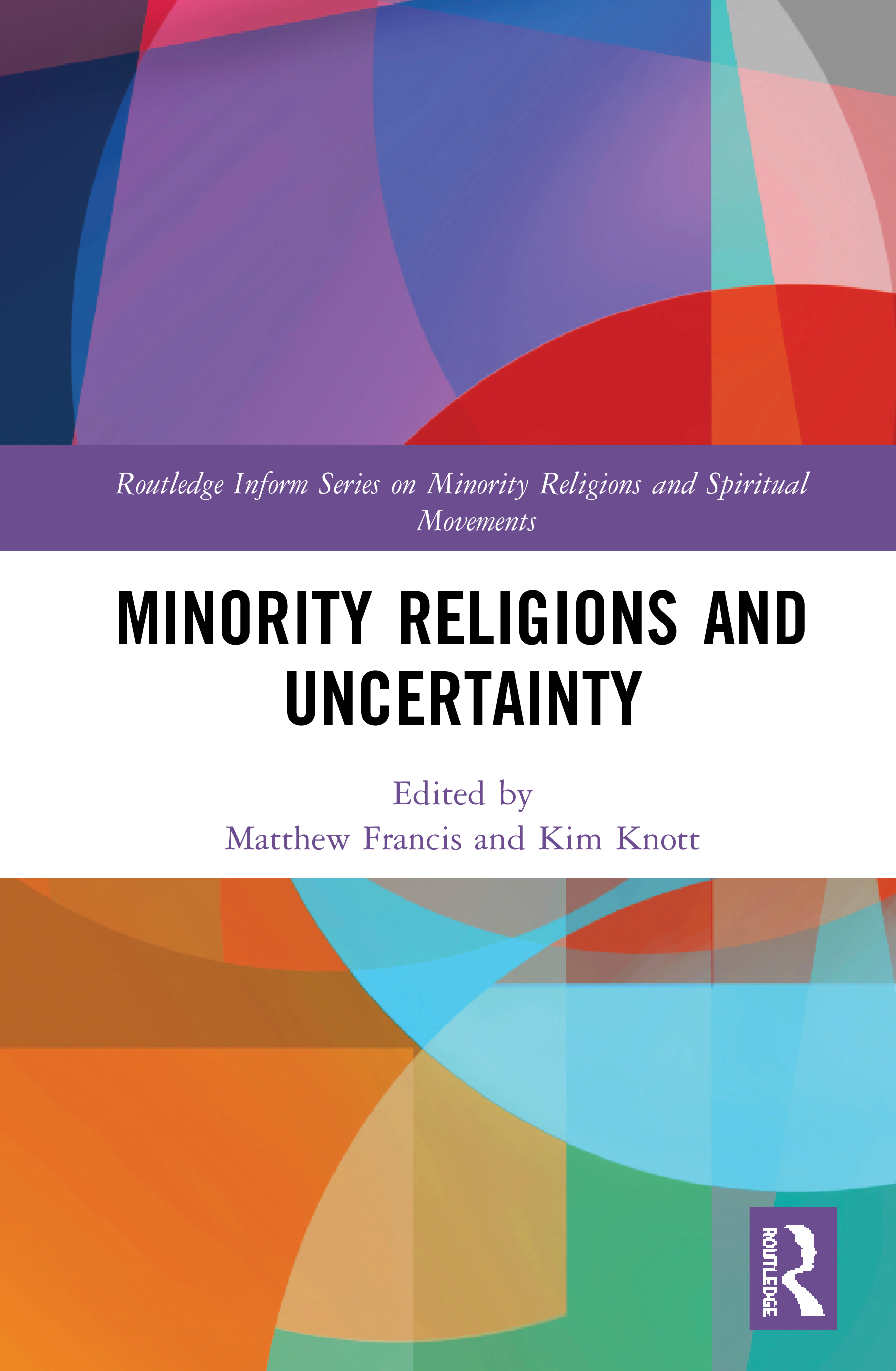 Religions are at their core about creating certainty. But what happens when groups lose control of their destiny? Whether it leads to violence, or to non-violent innovations, as found in minority religions following the death of their founders or leaders, uncertainty and insecurity can lead to great change in the mission and even teachings of religious groups. This book brings together an international range of contributors to explore the uncertainty faced by new and minority religious movements as well as non-religious fringe groups.

The groups considered in the book span a range of religious traditions (Christianity, Buddhism, Hinduism, Islam), old and new spiritual formations such as esotericism, New Age and organised new religious movements, as well as non-religious movements including the straight edge movement and the British Union of Fascists. The chapters deal with a variety of contexts, from the UK and US, to Japan and Egypt, with others discussing global movements. Whilst all the authors deal with twentieth and twenty-first century movements and issues, several focus explicitly on historical cases or change over time.

This wide ranging, yet cohesive volume will be of great interest to scholars of minority religious movements and non-religious fringe groups working across religious studies, sociology and social psychology.

1 Uncertainty and Decision-Making in Religious and other Ideological Minorities,

2 Certain Beliefs and Uncertain Evidence – the Case of Shugden,

4 Failures and Successes: a Japanese New Religion’s Reactions to Uncertainty,

6 An Uncertain Future: The Issue of Succession in the International Society for Krishna Consciousness

7 The Unknown Creed: Punk and Political Uncertainty in Northern Ireland

10 Scientology and Times of Uncertainty,

12 Conspiracy Narratives as Response to Uncertainty in Minority Religions,

13 Who can we dialogue with? Seeking Effective Interfaith Development: the Inter Faith Network for the UK,

Kim Knott is Professor of Religious and Secular Studies in the Department of Politics, Philosophy and Religion at Lancaster University, UK. She works in the study of religions, using sociological and geographical approaches in particular to research relationships between the religious and the secular. She is currently the Deputy Director of the Centre for Research and Evidence on Security Threats.

is Executive Director at the Centre for Research and Evidence Threats, based at Lancaster University, UK. His research has focused on the move to violence in religious and non-religious groups. He founded and is the Editor of the website RadicalisationResearch.org and the quarterly magazine CREST Security Review.

Inform is an independent charity that collects and disseminates accurate, balanced and up-to-date information about minority religious and spiritual movements.

The Routledge Inform Series addresses themes related to new religions, many of which have been the topics of Inform seminars. The series editorial board consists of internationally renowned scholars in the field.

Books in the series will attract both an academic and interested general readership, particularly in the areas of Religious Studies, and the Sociology of Religion and Theology.