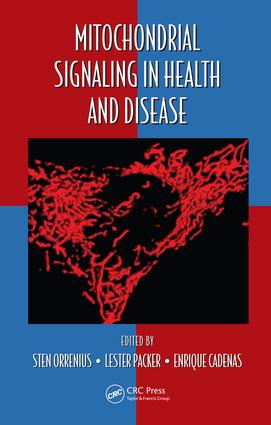 Mitochondrial Signaling in Health and Disease

Mitochondria have traditionally been associated with metabolic functions; however recent research has uncovered a central role for these organelles in cell signaling, cell survival, and cell death. Mitochondrial dysfunction is a factor in a myriad of pathophysiological conditions, including age-related neurodegenerative disorders, cancer, metabolic

Sten Orrenius, M.D., Ph.D., holds honorary memberships in the American Society for Pharmacology and Experimental Therapeutics, the American Society for Biochemistry and Molecular Biology, the Society of Toxicology (USA), as well as the Italian and Swedish Societies of Toxicology. He is also a Member of the Royal Swedish Academy of Sciences and a Foreign Associate Member of the Institute of Medicine of the National Academy of Sciences, USA. Dr Orrenius has received honorary doctorates from the Universities of Stockholm, Turin, Konstanz, Buenos Aires, Paris V and Milan. He earned the Merit Award by EUROTOX, the Association of European Toxicologists and Societies of Toxicology, in 1997 and was the recipient of the 2006 Distinguished Lifetime Toxicology Scholar Award by the Society of Toxicology (USA). In 2003, Dr. Orrenius received the first ECDO Career Award for Excellence in Cell Death Research by the European Cell Death Organization.

Ph.D.,has received numerous distinctions and recently, was awarded the Chevalier de l'Ordre National du Merite (Knight of the French National Order of Merit). He was President of the Society for Free Radical Research International (SFRRI) and founder and honorary President of the Oxygen Club of California (OCC). Dr. Packer has edited more than 100 books and over 800 articles. His work established the foundations for the Antiox