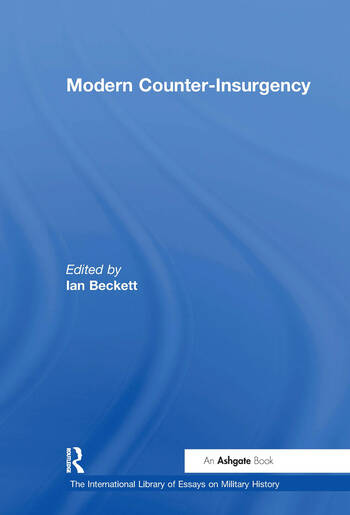 Insurgency has been the most prevalent form of conflict in the modern world since the end of the Second World War. Accordingly, it has posed a major challenge to conventional armed forces, all of whom have had to evolve counter-insurgency methods in response. The volume brings together classic articles on the counter-insurgency experience since 1945.

Ian Beckett is Professor of History at the University of Northampton, UK. A Fellow of the Royal Historical Society, he is also Chairman of the Army Records Society. Previously, he was Major-General Matthew C Horner Chair in Military Theory at the US Marine Corps University, Quantico, Virginia.