Moral Panic and the Politics of Anxiety 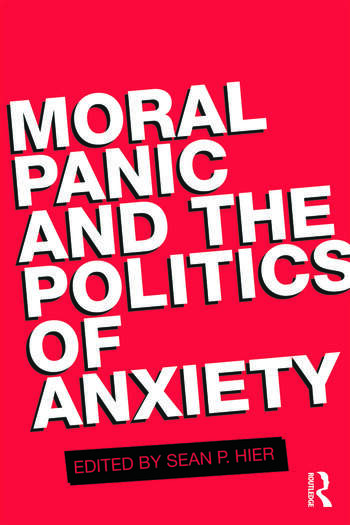 Moral Panic and the Politics of Anxiety

Moral Panic and the Politics of Anxiety is a collection of original essays written by some of the world’s leading social scientists. It seeks to provide unique insight into the importance of moral panic as a routine feature of everyday life, whilst also developing an integrated framework for moral panic research by widening the scope of scholarship in the area.

Many of the key twenty-first century contributions to moral panic theory have moved beyond the parameters of the sociology of deviance to consider the importance of moral panic for identity formation, national security, industrial risk, and character formation. Reflecting this growth, the book brings together recognized moral panic researchers with prominent scholars in moral regulation, social problems, cultural fear, and health risks, allowing for a more careful and critical discussion around the cultural and political significance of moral panic to emerge.

This book will prove valuable reading for both undergraduate and postgraduate students on courses such as politics and the media, regulatory policy, the body and identity, theory and political sociology, and sociology of culture.

Sean Hier is Associate Professor of Sociology at the University of Victoria, British Columbia, Canada. He has authored several articles on moral panic, and he is recognized for his efforts to link moral panic to moral regulation/social problems.