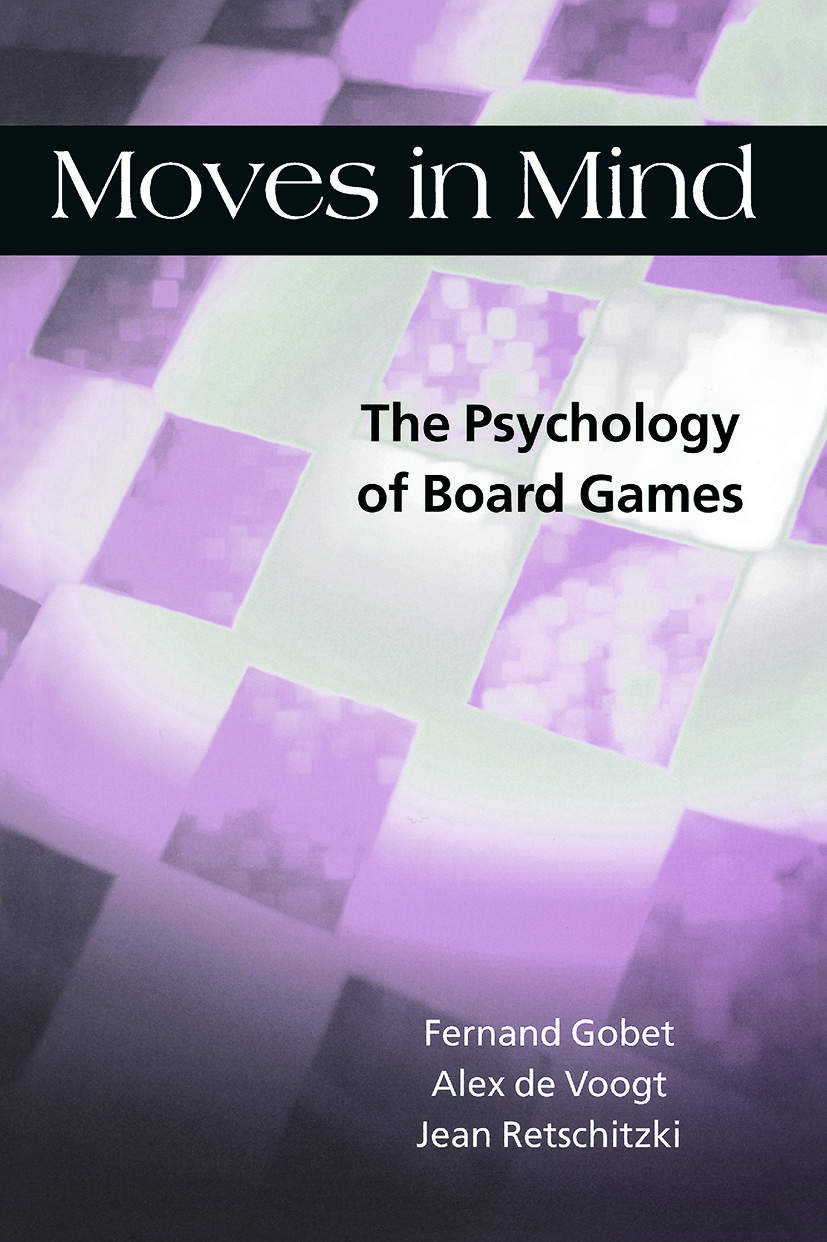 The Psychology of Board Games, 1st Edition

Board games have long fascinated as mirrors of intelligence, skill, cunning, and wisdom. While board games have been the topic of many scientific studies, and have been studied for more than a century by psychologists, there was until now no single volume summarizing psychological research into board games. This book, which is the first systematic study of psychology and board games, covers topics such as perception, memory, problem solving and decision making, development, intelligence, emotions, motivation, education, and neuroscience. It also briefly summarizes current research in artificial intelligence aiming at developing computers playing board games, and critically discusses how current theories of expertise fare with board games. Finally, it shows that the information provided by board game research, both data and theories, have a wider relevance for the understanding of human psychology in general.

Part 1: Introduction.Moves in Mind. Board Games and Cognitive Psychology. The Role of Board Games in Science. The Role of Board Games in Psychology. Structure of the Book. Part 2: Formal Analyses of Board Games. Fundamental Concepts. Board Games in Computer Science and Artificial Intelligence. Information and Complexity Analysis. Game Theory and the Concept of Error. Conclusion. Part 3: Theories of Board-game Psychology. A Brief History of Board-game Psychology. Theories of Chess Skill. Influences from Other Theories of Cognition. Theories of Development and Environment. Conclusion. Part 4: Perception and Categorization. Low-level Perception. High-level Perception and Categorization. Conclusion. Part 5: Memory, Knowledge, and Representations. Memory for Board Positions. Recall of Sequences of Moves and of Games. Estimation of the Number of Chunks in LTM. Mode of Representation. Representations Used in Blindfold Playing. Knowledge and Memory Schemata. Discussion. Conclusion. Part 6: Problem Solving and Decision Making. Empirical Data on Search Behaviour. Empirical Data on the Role of Perception in Problem Solving. Empirical Data on the Role of Knowledge in Problem Solving. Analogy Formation in Novice Players. Theoretical Accounts. Discussion. Conclusion. Part 7: Learning, Development and Ageing. Early Stages of Learning. Development of Play and Game Behaviour. Developmental Studies of Specific Board Games. Ageing. Conclusion. Part 8: Education and Training. Introduction. Board Game Instruction and the Transfer of Skill. Teaching the Rules and Basic Instruction. Training and Coaching at an Advanced Level. Conclusion. Part 9: Individual Differences and the Neuropsychology of Talent.Intelligence and Visuo-spatial Abilities. Personality. Emotions and Motivation. Board Games and Neuroscience. Overall Conclusion. Part 10: Methodology and Research Designs. Definitions of Expertise. Game Specificity. Illiterate Games. Ecological Validity. Cross-cultural Aspects. The Creation and Use of Archives and Databases. Observations and Natural Experiments. Interviews and Questionnaires. Introspection and Retrospection. Protocol Analysis. Standard Experimental Manipulations. Neuroscientific Approaches. Typical Research Designs. Mathematical and Computational Modelling. Weaknesses and Strengths of Methodologies Used in Board-game Research. Part 11: Conclusion. Board Game Complexity. Landscape of Board Games. Impact of Board-game Research. Future. References. Appendix 1: Rules of Board Games. Appendix 2: Measures of Expertise in Board Games. Appendix 3: Example of Protocol Analysis.

Ferdnand Gobet is Professor of Psychology at Brunel University, West London. He is an International Master of the International Chess Federation and has played for several years with the Swiss national team.

Alex de Voogt is at the University of Leiden and Managing Editor of the journal Board Game Studies.

Jean Retschitzki is Professor of Psychology at the University of Fribourg. He was elected as President of the Swiss Society of Psychology in 1998