Museums in the Second World War
Curators, Culture and Change 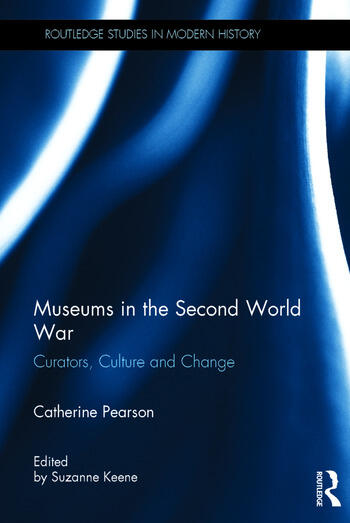 Museums in the Second World War: Curators, Culture and Change

Exploring the role of museums, galleries and curators during the upheaval of the Second World War, this book challenges the accepted view of a hiatus in museum services during the conflict and its immediate aftermath. Instead it argues that new thinking in the 1930s was realised in a number of promising initiatives during the war only to fail during the fragmented post-war recovery. Based on new research including interviews with retired museum staff, letters, diaries, museum archives and government records, this study reveals a complex picture of both innovation and inertia.

At the outbreak of war precious objects were stored away and staff numbers reduced, but although many museums were closed, others successfully campaigned to remain open. By providing innovative modern exhibitions and education initiatives they became popular and valued venues for the public. After the war, however, museums returned to their more traditional, collections-centred approach and failed to negotiate the public funding needed for reconstruction based on this narrower view of their role. Hence, in the longer term, the destruction and economic and social consequences of the conflict served to delay aspirations for reconstruction until the 1960s. Through this lens, the history of the museum in the mid-twentieth century appears as one shaped by the effects of war but equally determined by the input of curators, audiences and the state. The museum thus emerges not as an isolated institution concerned only with presenting the past but as a product of the changing conflicts and cultures within society.

Timeline: Major events around the Second World War and the Home Front

A new perspective on wartime museums

Museums in the mid twentieth century

Individuals in politics and organisations

Chapter 1 Between the wars: museums and cultural politics

Education, the electorate and museums

The need to reform the museum service

A significant period for museums

Social and economic reforms: the context for the review

The bid for a nationwide museum service

Miers and Markham: the modernising agenda

Chapter 3 Museums before the war: the context for reform

The context for reform

Markham recommends a community based service

Employment and qualifications – women and men

A new vision for provincial museums

1939 – The campaign to remain open: classes and concerts

Chapter 5 As war begins: from propaganda to recognition

1942: From propaganda to war artists

Chapter 6 State support: the Council for the Encouragement of Music and the Arts (CEMA)

1940: A significant year for culture

1940: The establishment of CEMA

Chapter 7 Temples to the arts

CEMA and the arts in wartime

The Museums Association’s 1942 Memorandum on reconstruction

Who were the visitors?

Reasons for visiting: popularity of culture

Memory in the museum space

Memories of buildings and experience

Memories based on an unexpected use of the museum

Museums and those who did not visit

New perceptions of museums and objects

Chapter 12 Museum staff and the war

The long term cost to the museum profession

1945: A final bid for a National Museum Service

Behind the scenes in government

1945: Rejection again for the Museums Association

Chapter 14 The post-war decades: museums in the aftermath of war

Success and failure after the war

Museums and the Arts Council

The Museums Association: a diminished organisation

For museums: the consequences of the war

Chapter 15 Towards a regional service

The Museums Association in the 1950s

From 1956: The Museums Association turns towards a regional service

The lessons of wartime disregarded

Chapter 16 Conclusions: museums forget their past

Museums ignore their past

Why has wartime success been overlooked?

The costs of war

The past is intrinsic to museums

After the war: the complexities of peacetime

Catherine Pearson, Author, Independent Historian and Scholar, UK. She is the editor of the journals of museum curator, E.J. Rudsdale, 1920-1951.