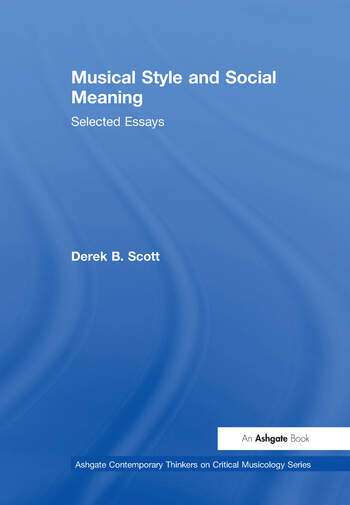 Why do we feel justified in using adjectives such as romantic, erotic, heroic, melancholic, and a hundred others when speaking about music? How do we locate these meanings within particular musical styles? These are questions that have occupied Derek Scott's thoughts and driven his critical musicological research for many years. In this selection of essays, dating from 1995-2010, he returns time and again to examining how conventions of representation arise and how they become established. Among the themes of the collection are social class, ideology, national identity, imperialism, Orientalism, race, the sacred and profane, modernity and postmodernity, and the vexed relationship of art and entertainment. A wide variety of musical styles is discussed, ranging from jazz and popular song to the symphonic repertoire and opera.

Derek B. Scott is Professor of Critical Musicology, University of Leeds, UK

'...this is a very readable, enjoyable, thought-provoking, and interesting book, which I thoroughly recommend...' Folk Music Journal