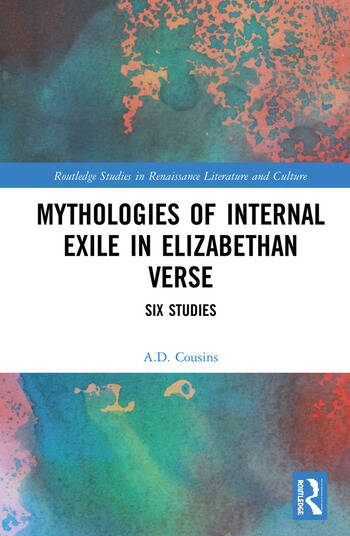 Writers of the English Renaissance, like their European contemporaries, frequently reflect on the phenomenon of exile—an experience that forces the individual to establish a new personal identity in an alien environment. Although there has been much commentary on this phenomenon as represented in English Renaissance literature, there has been nothing written at length about its counterpart, namely, internal exile: marginalization, or estrangement, within the homeland.

This volume considers internal exile as a simultaneously twofold experience. It studies estrangement from one’s society and, correlatively, from one’s normative sense of self. In doing so, it focuses initially on the sonnet sequences by Sidney, Spenser, and Shakespeare (which is to say, the problematics of romance); then it examines the verse satires of Donne, Hall, and Marston (likewise, the problematics of anti-romance). This book argues that the authors of these major texts create mythologies—via the myths of (and accumulated mythographies about) Cupid, satyrs, and Proteus—through which to reflect on the doubleness of exile within one’s own community.

These mythologies, at times accompanied by theologies, of alienation suggest that internal exile is a fluid and complex experience demanding multifarious reinterpretation of the incongruously expatriate self. The monograph thus establishes a new framework for understanding texts at once diverse yet central to the Elizabethan literary achievement.

A. D. Cousins, senior Professor in English at Macquarie University, is a Fellow of the Australian Academy of the Humanities and a Member of the Order of Australia. He has published a number of books in America and England, including monographs on Andrew Marvell, Thomas More, Shakespeare's non-dramatic verse, as well as religious verse of the sixteenth and seventeenth centuries.