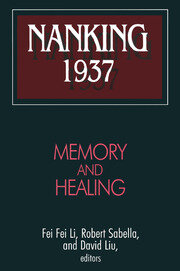 In recent years the international community has begun to scrutinize and, in many cases, condemn the atrocities that took place at Nanking in late 1937. This is all part of a larger worldwide movement in which both nations and multinational groups are attempting to reach closure regarding past atrocities and inhumanities. As represented by the contributors to this book, these activities have an importance reaching far beyond aggressors or victims, beyond admission or vindication, but rather are a search for the common causes of all human atrocities and for solutions that would set humanity on a path toward a more peaceful and harmonious international community.

FDR's presidency remains one of the most significant in our nation's history. Although lacking a grand scheme or single plan, Roosevelt's New Deal changed the federal government's role to a degree unmatched in American history. This anthology examines the reactions to these sweeping changes of particular groups within Congress and beyond, and also considers facets of the New Deal era from a contemporary perspective. In addition the book provides an appendix of congressional "mavericks, " and a substantial glossary of the many individuals mentioned in the text.