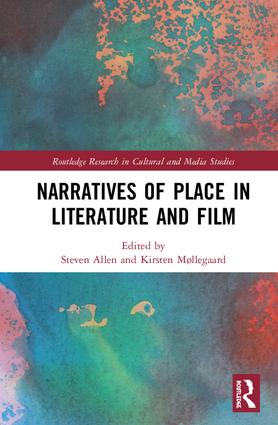 Narratives of Place in Literature and Film

Narratives of place link people and geographic location with a cultural imaginary through literature and visual narration. Contemporary literature and film often frame narratives with specific geographic locations, which saturate the narrative with cultural meanings in relation to natural and man-made landscapes. This interdisciplinary collection seeks to interrogate such connections to probe how place is narrativized in literature and film. Utilizing close readings of specific filmic and literary texts, all chapters serve to tease out cultural and historical meanings in respect of human engagement with landscapes. Always mindful of national, cultural and topographical specificity, the book is structured around five core themes: Contested Histories of Place; Environmental Landscapes; Cityscapes; The Social Construction of Place; and Landscapes of Belonging.

Part I – Contested Histories of Place: Colonialism, Indigeneity, and Marginalization

Chapter 2: Colonial and Indigenous Movements Towards and Through the Landscapes of Swedish Lapland in the Journals of Petrus Læstadius

Chapter 3: Geographies of Marginalization and Identity Politics in Kiran Desai’s The Inheritance of Loss

Chapter 5: Perceptions of Place in an Irish Energy Landscape on Film

Chapter 7: The Country, the City, the Sea, and Girls with Green Eyes: The Films of Desmond Davis and Edna O’Brien

Chapter 8: Singing about the City: Imaginations of the City in Telugu Film Songs

Chapter 9 The Dao of the East-West City: Globalizing Identities and Urban Harmonies in Xiaolu Guo’s Literature

Chapter 10 Contested Spaces: Adichie, Lahiri and the Politics of Belonging

Chapter 12 Ideologically Charged Urban and Rural Places in American Movies about HIV/AIDS: Social Constructionism and the Cultural Imaginary in the Late Twentieth Century

Chapter 13 Between Place and Non-Place: Disrupting the Categorizations of the Past in Ida

Chapter 14 Home and the Range: On the Concept of Home in Annie Proulx's Wyoming Stories

Steven Allen is Senior Lecturer in Film Studies at the University of Winchester, UK, where he is also the Programme Leader. He has published widely on Australian cinema, animation, representations of landscapes, and cultural memory. He is co-editor of Framing Film: Cinema and the Visual Arts and author of Cinema, Pain and Pleasure: Consent and the Controlled Body. Recent research has centered on Australian cinema including "The Undead Down Under" (in The Zombie Renaissance in Popular Culture (Palgrave Macmillan)) and "Australian Animation: Landscape, Isolation and Connections" (in Animated Landscapes: History, Form and Function (Bloomsbury)). He is currently writing a monograph entitled Decentring the Outback in Australian Cinema (Palgrave Macmillan), and is a judge for the Australian ATOM awards.

is Professor of English at University of Hawai’i at Hilo. She teaches courses in comics and graphic novels, gender and women's studies, film, literature, myth and folklore, and rhetoric. Her research interests focus on the dynamics of places, people, and stories past and present. Her research articles and book reviews have appeared in International Journal of Comic Art; Journal of American Culture; Journal of Popular Culture; Supernatural Studies; Western American Literature; and Folklore. Her most recent book chapters appear in The Absent Mother in the Cultural Imagination (2017); Toy Stories: The Toy as Hero in Literature, Comics, and Film (2017); Folk Belief and Traditions of the Supernatural (2016); and Unsettling Assumptions: Tradition, Gender, Drag (2014). She serves on the board of directors of the Hawai’i Council for the Humanities and enthusiastically supports public humanities events on Hawai’i Island.