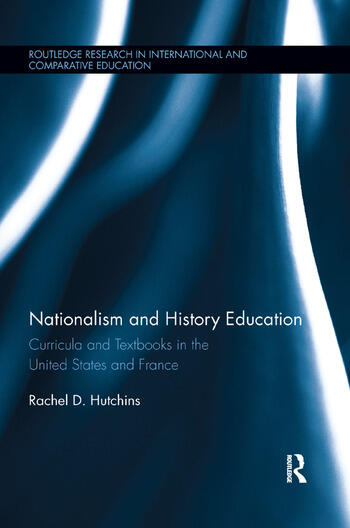 Nationalism and History Education: Curricula and Textbooks in the United States and France

History education, by nature, transmits an ‘official’ version of national identity. National identity is not a fixed entity, and controversy over history teaching is an essential part of the process of redefining and regenerating the nation. France and the United States have in particular experienced demographic and cultural shifts since the 1960s that have resulted in intense debates over national identity. This volume examines how each country’s national history is represented in primary schools’ social studies textbooks and curricula, and how they handle contemporary issues of ethnicity, diversity, gender, socio-economic inequality, and patriotism. By analyzing each country separately and comparatively, it demonstrates how various groups (including academics, politicians and citizen activists) have influenced education, and how the process of writing and rewriting history perpetuates a nation.

Drawing on empirical studies of the United States and France, this volume provides insight into broader nationalist processes and instructive principles for similar countries in the modern world.

Rachel D. Hutchins is Associate Professor of American Civilization at the University of Lorraine, France.

"Education has always been pivotal for nationalism yet nationalism and education remains an underexplored field. Based on detailed research on school textbooks from the 1980s to the present, Rachel Hutchins asks how the depiction of the nation in France and the United States has changed over time. She is attentive to the representation of women and minorities, treatment of the pre-Revolutionary past and colonialism, and whether texts adopt a critical or celebratory approach. In a highly original move based on cross-fertilizing insights from nationalism theory into the history of education, the book examines how present-day needs shape our use of the past. The book shows how national heroes, symbols, events and the landscape are selected and portrayed. Going behind the prose to examine the politics, economics and ideology of textbook production, Hutchins reveals how progressive and conservative currents have ebbed and flowed over time. New paradigms such as neoliberalism, gender equality and multiculturalism have made an impact, but continuity looms larger than change, and attempts to revise the curriculum have awakened conservative resistance, whether in the media or among school board activists. Through it all, we glimpse how myriad forces alter the dramatis personae of national history and spin their stage image. This shapes the messages which forge the national consciousness of new generations of American and French voters." - Eric Kaufmann, Professor of Politics, Birkbeck College, University of London; author of The Rise and Fall of Anglo-America: the decline of dominant ethnicity in the United States, and Shall the Religious Inherit the Earth? (Profile 2010).

"It has become commonplace to observe that schools--and, especially, school history textbooks--make nations. But most of that discussion has focused on one nation or another, which blinds us to differences between them. Rachel Hutchins has produced our most empirically grounded, theoretically sophisticated cross-national study of history textbooks to date. Her study raises fascinating issues about racial and cultural diversity, history and memory, and democratic participation in school policy. None of these questions have easy answers, but Hutchins provides a superb framework for exploring them. I hope her book finds a wide audience among educators and historians, both in France and in the United States." - Jonathan Zimmerman, New York University; author of Campus Politics: What Everyone Needs to Know (Oxford, 2016)