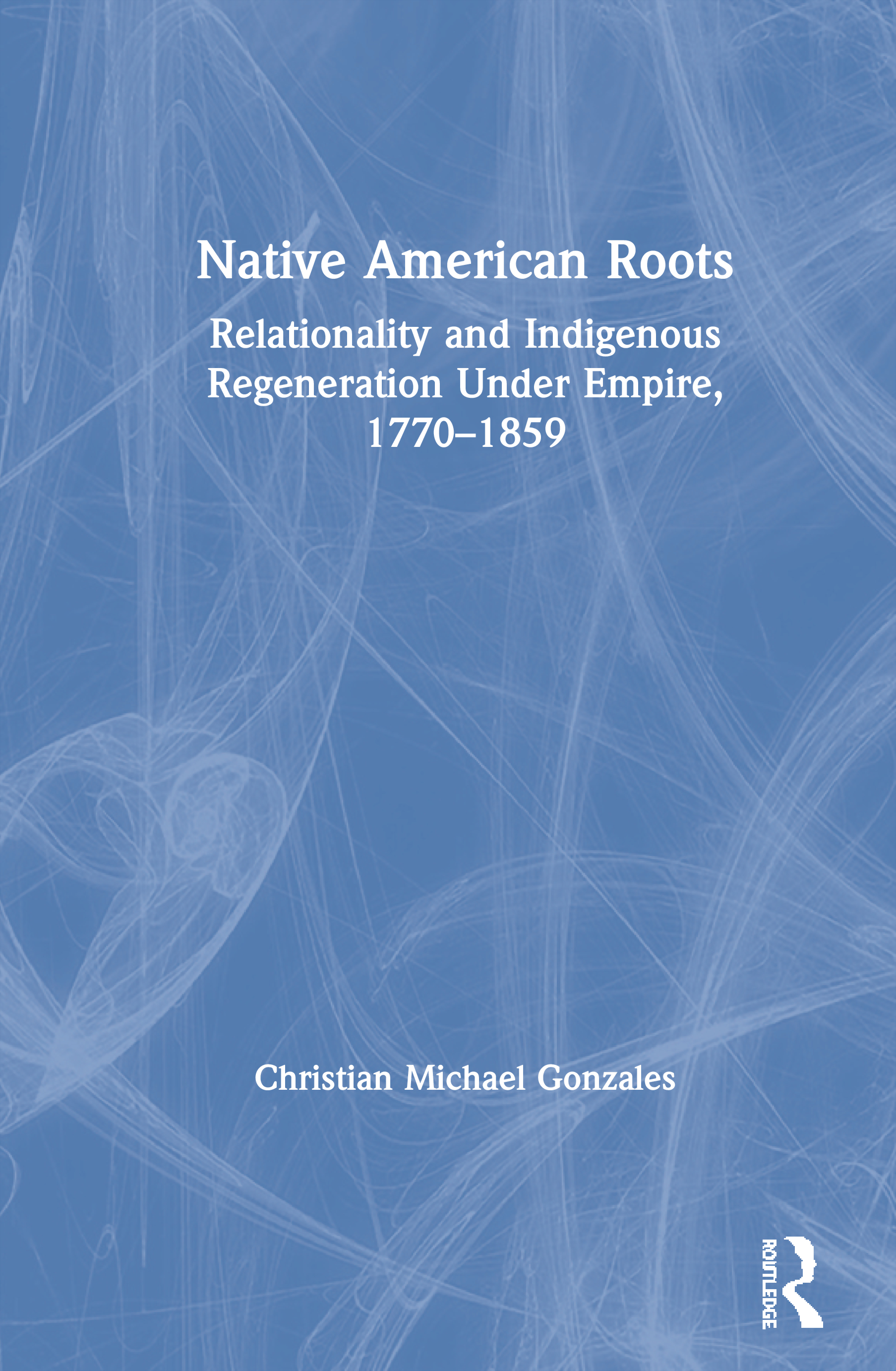 Native American Roots: Relationality and Indigenous Regeneration Under Empire, 1770-1859 explores the development of modern Indigenous identities within the settler colonial context of the early United States.

With an aggressively expanding United States that sought to displace Native peoples, the very foundations of Indigeneity were endangered by the disruption of Native connections to the land. This volume describes how Natives embedded conceptualizations integral to Indigenous ontologies into social and cultural institutions like racial ideologies, black slaveholding, and Christianity that they incorporated from the settler society. This process became one vital avenue through which various Native peoples were able to regenerate Indigeneity within environments dominated by a settler society. The author offers case studies of four different tribes to illustrate how Native thought processes, not just cultural and political processes, helped Natives redefine the parameters of Indigeneity.

This book will be of interest to students and scholars of early American history, indigenous and ethnic studies, American historiography, and anthropology.

1. Family Ties: Ritual Kinship and Christianity in the Making of Indigenous Conceptions of Race 2. Servants of God, Masters of Men: Slavery and the Making of a Native/White Alliance, 1816-1859 3. Educating and Reproducing "The People:" Mission Schools in the Cherokee, Choctaw, and Seneca Nations, 1815-1859 4. The Campaigns against Removal, 1829-1842 5. Christian Bonds: Choctaw Male Authority and the Politics of Choctaw-United States Relations, 1831-1859

Christian Michael Gonzales is Assistant Professor of History at the University of Rhode Island, USA. His research interests lie in Native American cultural and intellectual histories, settler colonialism, race relations, and early American slave systems. He lives in Connecticut with his wife and two sons.