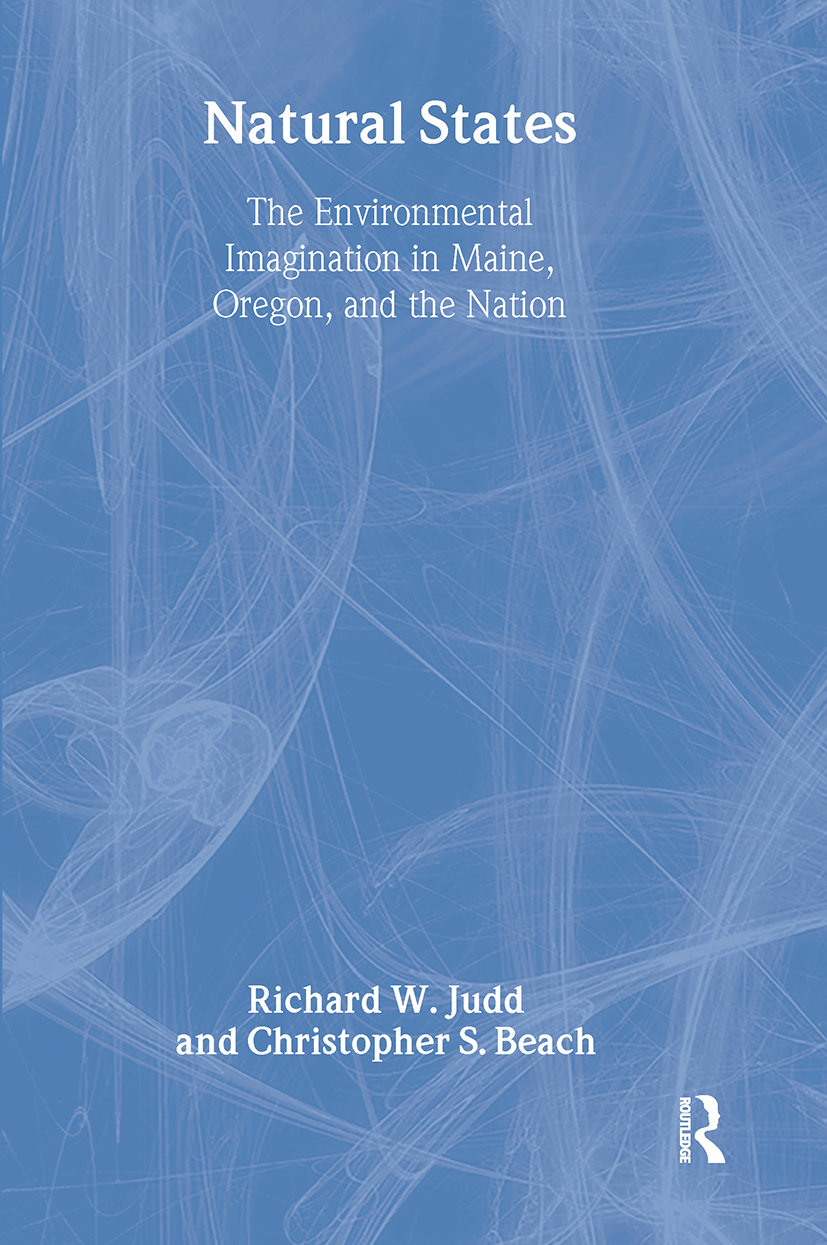 The Environmental Imagination in Maine, Oregon, and the Nation, 1st Edition

Richard Judd and Christopher Beach define the environmental imagination as the attempt to secure 'a sense of freedom, permanence, and authenticity through communion with nature.' The desire for this connection is based on ideals about nature, wilderness, and the livable landscape that are personal, variable, and often contradictory. Judd and Beach are interested in the public expression of these ideals in post-World War II environmental politics. Arguing that the best way to study the relationship between popular values and politics is through local and regional records, they focus on Maine and Oregon, states both rich in natural beauty and environmentalist traditions, but distinct in their postwar economic growth. Natural States reconstructs the environmental imagination from public commentary, legislative records, and other documents. Judd and Beach trace important divisions within the environmental movement, noting that they were balanced by a consistent, civic-minded vision of environmental goods shared by all. They demonstrate how tensions from competing ideals sustained the movement, contributed to its successes, but also limited its achievements. In the process, they offer insight into the character of the broader environmental movement as it emerged from the interplay of local, state, and national politics. The study ends in the 1970s when spectacular legislative achievements at the national level were masking a decline in mainstream civic engagement in state politics. The authors note the rise of the private ecotopia and the increasing complexity in the way Americans viewed their connections with the natural world. Yet, today, despite wide variations in beliefs and lifestyles, a majority of Americans still consider themselves to be environmentalists. In Natural States, environmental politics emerges less as a conflict between people who do and do not value nature, and more as a debate about the way people define and then chose to live with nature. In their attempt to place the passion for nature within a changing political and cultural context, Judd and Beach shed light on the ways that ideals unify and divide the environmental movement and act as the source of its enduring popularity.

Preface 1. Folk and Nature: Pastoral Landscapes in the Postwar World 2. Politicizing the Pastoral Ideal: The Clean-Waters Campaigns 3. Rivers, Wildness, and Redemptive Play: Preserving the Rogue and the Allagash 4. Saving Nature‘s Icons: The Maine Coast and Oregon Beaches 5. Navigating the Natural State: Nature, Recreation, and River Corridor Planning 6. Bridge to Ecotopia: Local Control and Statewide Land-Use Planning 7. A View Across the Golf Links: Pastoralism in an Era of Declining Civic Engagement 8. The Environmental Imagination and the Future of the Environmental Movement Notes Index About the Authors Photography Credits