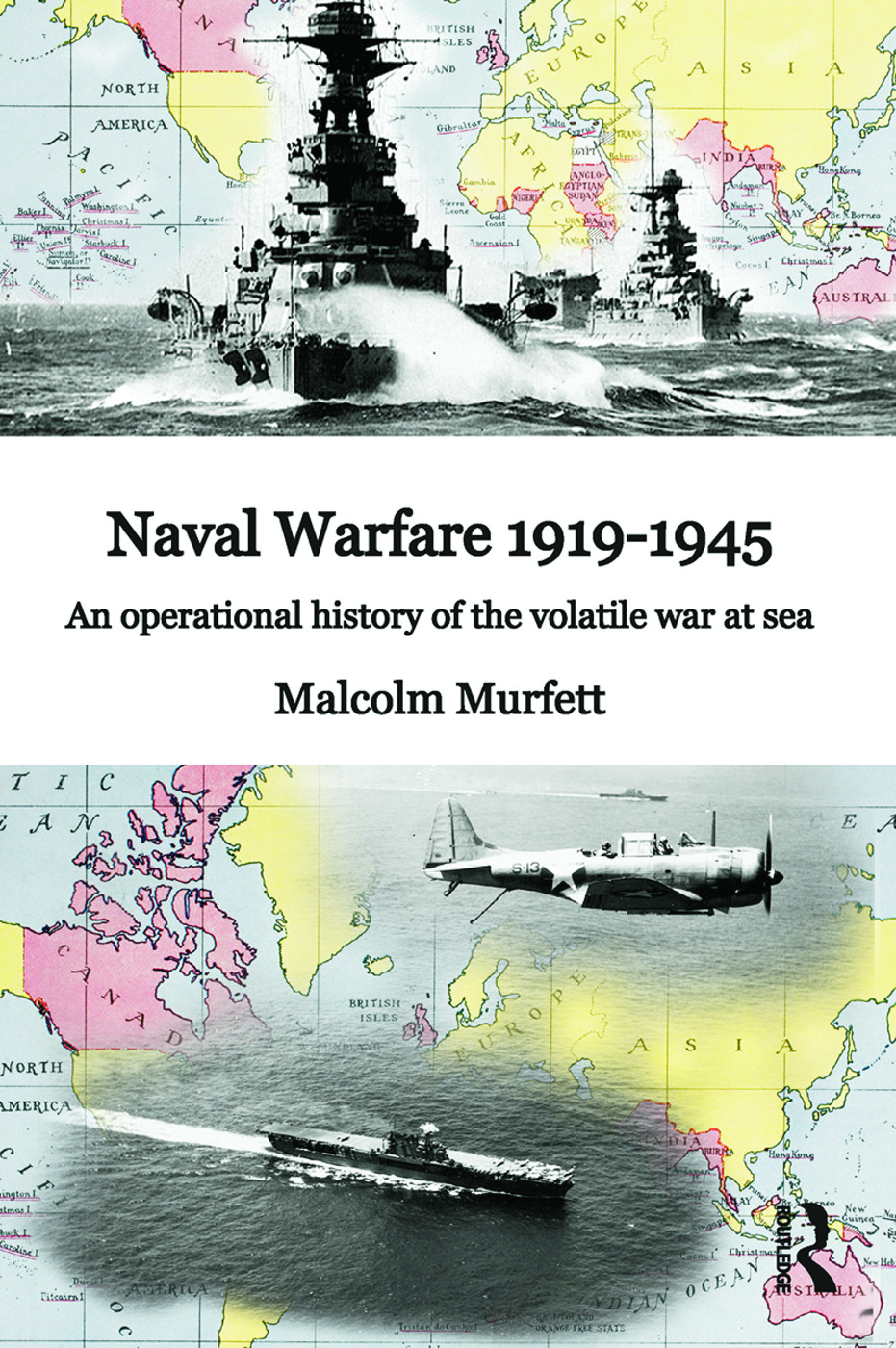 An Operational History of the Volatile War at Sea, 1st Edition

Naval Warfare 1919–45 is a comprehensive history of the war at sea from the end of the Great War to the end of World War Two. Showing the bewildering nature and complexity of the war facing those charged with fighting it around the world, this book ranges far and wide: sweeping across all naval theatres and those powers performing major, as well as minor, roles within them.

Armed with the latest material from an extensive set of sources, Malcolm H. Murfett has written an absorbing as well as a comprehensive reference work. He demonstrates that superior equipment and the best intelligence, ominous power and systematic planning, vast finance and suitable training are often simply not enough in themselves to guarantee the successful outcome of a particular encounter at sea. Sometimes the narrow difference between victory and defeat hinges on those infinite variables: the individual’s performance under acute pressure and sheer luck.

Naval Warfare 1919–45 is an analytical and interpretive study which is an accessible and fascinating read both for students and for interested members of the general public.

"The appearance of Malcolm Murfett's long anticipated single-volume operational history of the naval aspects of the Second World War fill a quite unique place in the scholarship of the war . . . It is wonderful that a single scholar has managed to complete a monumental work such as this . . . It should find its way into naval libraries, and perhaps especially into the smaller private and public libraries that need a genearl narrative and reference to the naval war at sea. Those for whom the price is not a problem will find it a useful part of their private collection." --International Journal of Maritime History

Malcolm Murfett is a Fellow of the Royal Historical Society and the author of a number of works on naval themes, including Fool-proof Relations: The Search for Anglo-American Naval cooperation in the Chamberlain Years, 1937-40 (1985), Hostage on the Yangtze: Britain, China and the Amethyst Crisis of 1949 (1991), and the co-written Between Two Oceans: A Military History of Singapore from First Settlement to Final British Withdrawal . He is also the editor of The First Sea Lords (1999).