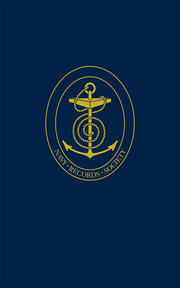 This critical edition of Admiral Nelson’s letters to Lady Hamilton is to bring together the important letters of Nelson to Lady Hamilton that have only been published in parts over the last 200 years. Only by bringing the letters of Nelson to Lady Hamilton together is it possible to assess their relationship and to present certain insights into Nelson’s personality that are not revealed in his official correspondence. Thorough research into this side of Nelson’s personality and into the nature of his notorious and unconventional relationship with Lady Hamilton has been hampered in the past by a desire not to look too closely at Nelson’s personal morality. To a considerable extent their relationship was regarded as a challenge to traditional gender roles and it indeed did not conform to stereotypes that are usually attributed to men and women in a heterosexual relationship. Lady Hamilton was so obviously lacking in the subservience and passivity expected from women in that era that authors over the course of time started to exclude her in their accounts of the public sphere by reducing her to a private weakness of Nelson’s, who could be successful at sea, where he was far away from the enthralling influence of a manipulating woman. The letters in this edition testify how Admiral Nelson’s life at sea was not exclusively public nor was Lady Hamilton’s life ashore solely private. It also shows how the two supposedly separate spheres of male and female lives were connected. A fresh approach and a thorough discussion of this important and neglected aspect not only of Nelson’s life, but of gender history, demands this exact and scholarly edition of the primary material, which consists of about 400 letters that Nelson wrote to Lady Hamilton over the course of the last seven years of his life and about a dozen letters of her to him that have survived.

Preface;  General Introduction;  I. The Beginning of an Enduring Relationship;  II: The Baltic Campaign;  III: The Channel Campaign;  IV: A Relationship Settled;  V: The End;  Appendices  1. List of previous publications,  2. Chronology of texts,  3. Items Mentioned in the Letters and Nelson’s Wills and codicils to His Wills,  4. Poetry referred to in Nelson’s letters,  5. Minute of a Conversation with the Prince Royal of Denmark on 3 April 1801; transcript of a manuscript with a correction in Nelson’s handwriting,  6. The taking of the Swift cutter: An attempt to trace the documents captured by l’Espérance in 1804,  7. Documentation of flow of letters in chapter 4 (1803-5); Sources and Documents; Index

Marianne Czisnik is a leading scholar and has published on a wide range of topics related to Horatio Nelson. She has a law degree and practiced in Germany before becoming a researcher of Nelson at the University of Edinburgh.