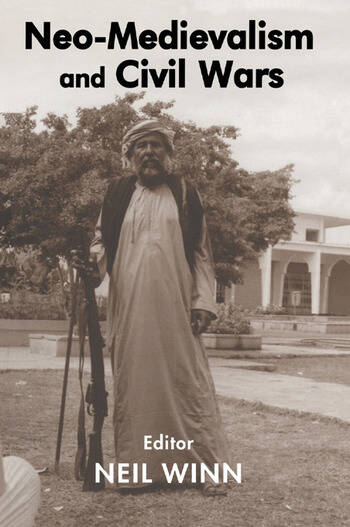 Since 1989 the concept of 'civil war' has taken on new salience in international relations. Significant inquiries into inter-ethnic violence emphasising studies of political community, identity, sovereignty, and political organisation have dominated the study of civil war in the past decade. Processes of social denationalisation of national identity have become more prevalent in everyday politics.

In this book leading European scholars analyse the proposition that the world has returned to a system of neo-medievalism over a decade after the end of the Cold War. The chapters explore the idea that a system of overlapping authorities and crisis-crossing loyalties have arguably eliminated the absolute authority claimed and exercised by sovereign states. This book was previously published as a special issue of the journal Civil Wars.

1. Introduction: New Forms of Political Organisation, Community, Sovereignty and Identity: Civil wars, the new diplomacy and international relations 2. Terrorism and Neo-Medievalism 3. Image and Intervention, Leadership and Legitimacy: The dynamics of Euro-Atlantic engagement with challenges to international peace and security 4. The End of the 'Official Doctrine': The new consensus on Britain and Bosnia 5. Civil War as Race War: How the German far right perceives the war in the Balkans 6. Neo-Medievalism in Africa: Whither government-to-government relations between Africa and the European Union? 7. A New Medievalism?: The case of Sri Lanka 8. Conclusion: Neo-medievalism, civil wars and the new diplomacy

Neil Winn is a Senior Lecturer in European Studies in the School of Politics and International Studies (POLIS) at the University of Leeds. He is the author of European Crisis Management in the 1980s (1996) and EU Foreign Policy Beyond the Nation State (2001). He is the editor of Europeanization: Regulation and Identity in the New Europe (2003).