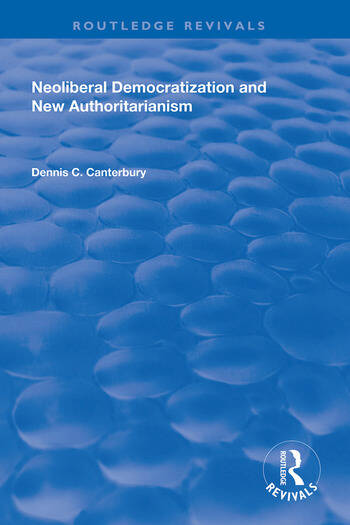 Originally published in 2005. Domestic and foreign economic and political policies in the rich capitalist nations in the North and in the poor countries in the South are geared towards globalization and democratization. Indeed the dominant view held by countries in the North is that globalization leads to democracy and vice versa, and that in turn economic development will result from that process. Thus many scarce resources are allocated to bring about globalization and democracy. Exploring the dynamics of change that allow for the persistence of authoritarian states in the Third World, this illuminating book highlights certain aspects of democratization that have not been investigated fully. Anyone interested in development politics and political sociology will draw a plethora of important theoretical insights into globalization, authoritarianism and transition/democratization from this original study.