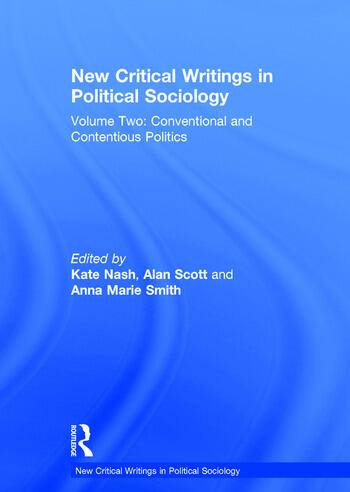 The articles collected together in this volume are concerned with why and how people get involved in politics, whether through formal mechanisms such as voting, through some of the more informal means and settings of social movement networks and political protest, or through engagement in public debate. But just as important is the question of why people do not get involved in politics. What social conditions, ideas and values facilitate or discourage political activity? How is it that some people are systematically disempowered in democratic societies in comparison with others? What social forms offer the most promise for extending and deepening democracy? This volume brings togther the most seminal papers, which together form a record of how political sociologists since the 1970s have framed questions about the range and limits of democratic political engagement and developed concepts and methodologies in order to research the answers to those questions.