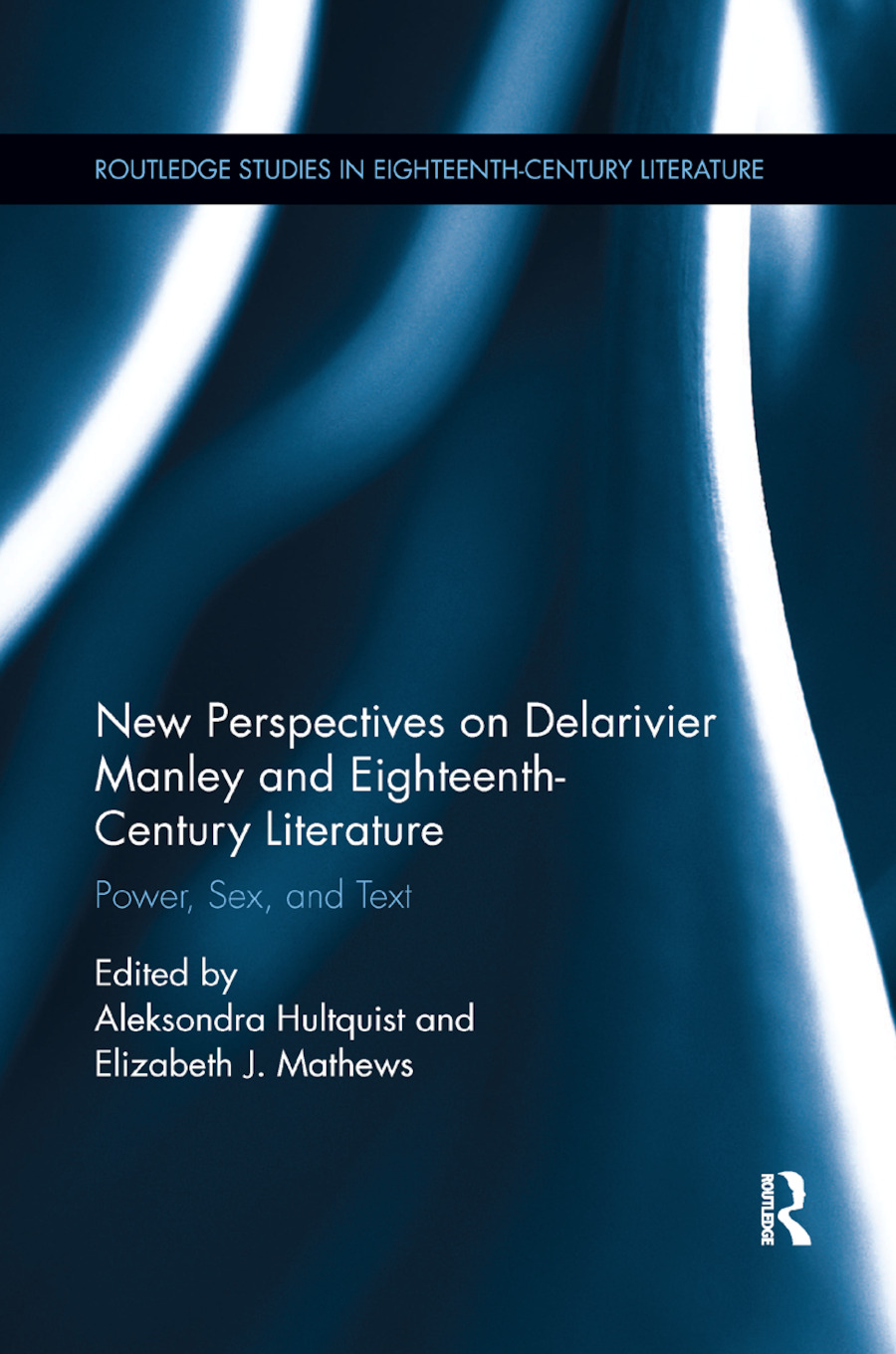 This first critical collection on Delarivier Manley revisits the most heated discussions, adds new perspectives in light of growing awareness of Manley’s multifaceted contributions to eighteenth-century literature, and demonstrates the wide range of thinking about her literary production and significance. While contributors reconsider some well-known texts through her generic intertextuality or unresolved political moments, the volume focuses more on those works that have had less attention: dramas, correspondence, journalistic endeavors, and late prose fiction. The methodological approaches incorporate traditional investigations of Manley, such as historical research, gender theory, and comparative close readings, as well as some recently influential theories, like geocriticism and affect studies. This book forges new paths in the many underdeveloped directions in Manley scholarship, including her work’s exploration of foreign locales, the power dynamics between individuals and in relation to states, sexuality beyond heteronormativity, and the shifting operations and influences of genre. While it draws on previous writing about Manley’s engagement with Whig/Tory politics, gender, and queerness, it also argues for Manley’s contributions as a writer with wide-ranging knowledge of both the inner sanctums of London and the outer developing British Empire, an astute reader of politics, a sophisticated explorer of emotional and gender dynamics, and a flexible and clever stylist. In contrast to the many ways Manley has been too easily dismissed, this collection carefully considers many points of view, and opens the way for new analyses of Manley’s life, work, and vital contributions to the full range of forms in which she wrote.

1. The Adventures of Rivella as Political Secret History

2. The Politics of Servitude: ‘The Husband’s Resentment. In Two Examples’ in Delarivier Manley’s The Power of Love

3. ‘Vengeance, Vows and ‘Heroick Vertue’: Reforming the Revenger in Delarivier Manley’s Alymyna: or, the Arabian Vow

4. ‘Through the Black Sea and the Country of Colchis’: A Geocentric Approach to Delarivier Manley’s The Royal Mischief (1696)

8. From Pleasure to Power: The Passion of Love in ‘The Fair Hypocrite’

11. A Manifesto for a Woman Writer: Letters Writen as Varronian Satire

12. Examined in Manley Style: Epistolary Modes in the Periodical Writings of Delarivier Manley

Aleksondra Hultquist is an Associate Investigator at the Centre for Excellence in the History of Emotion, 1100-1800, and a Managing Editor of ABO: Interactive Journal for Women in the Arts, 1640-1830. She has published articles on Eliza Haywood and Aphra Behn and is currently finishing her monograph, The Amatory Mode.

is a PhD candidate at the University of California, Irvine. She has reviewed for and published an essay on Aphra Behn’s rhetoric of emotion in ABO and is currently working on a study of the shifting parameters for "bad" writing in genre fiction.