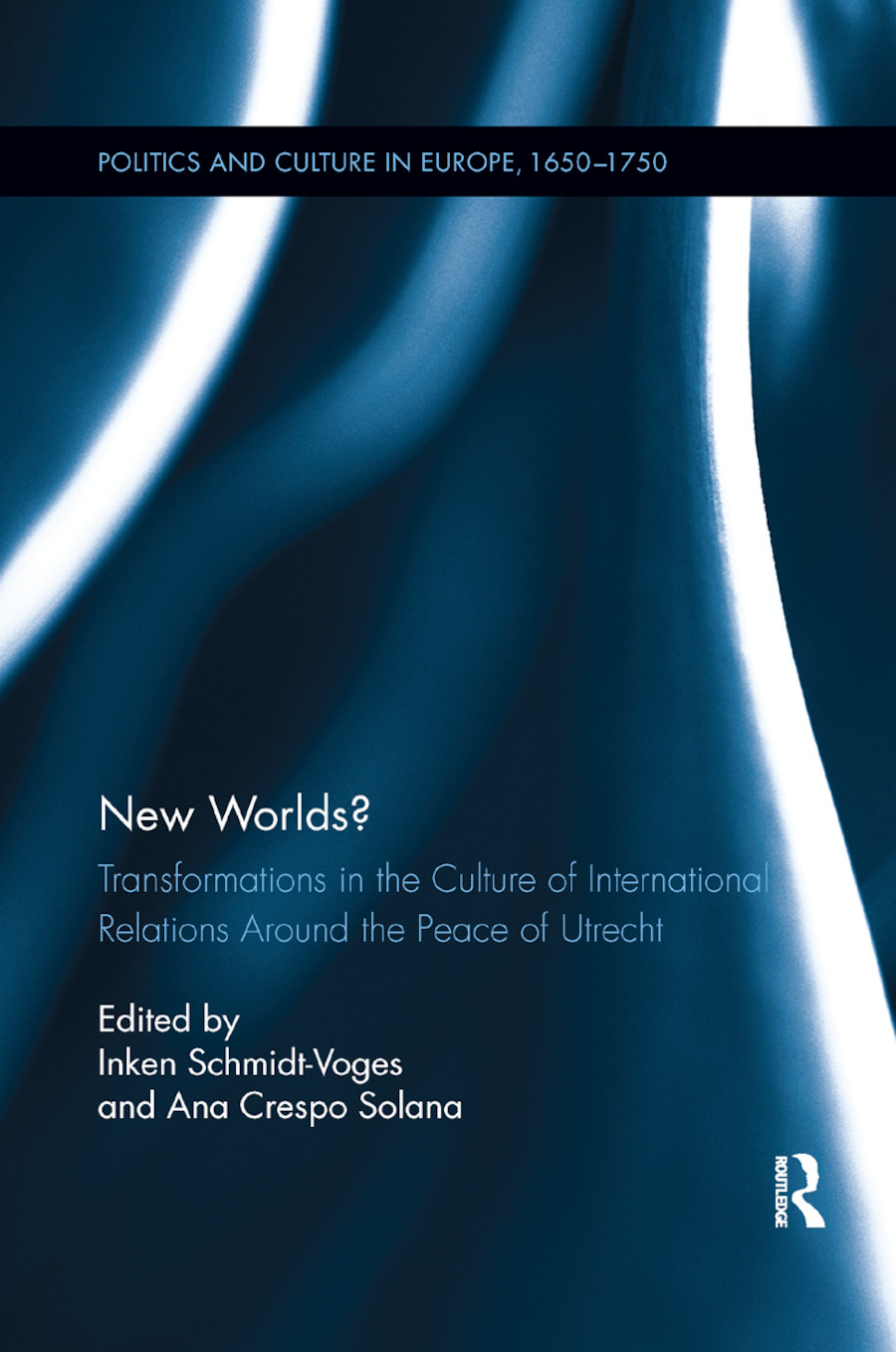 Transformations in the Culture of International Relations Around the Peace of Utrecht, 1st Edition

The Peace of Utrecht (1713) was perhaps the first political treaty that had a global impact. It not only ended a European-wide conflict, but also led to a cessation of hostilities on the American continent and Indian subcontinent, as well as naval warfare worldwide. More than this, however - as the chapters in this volume clearly demonstrate - the treaty marked an important step in the development of an integrated world-wide political system. By reconsidering the preconditions, negotiations and consequences of the Peace of Utrecht - rather than focusing on previous concerns with international relations and diplomacy - the contributions to this collection help embed events in a richer context of diverging networks, globalizing empires, expanding media and changing identities.

Several chapters consider the preconditions and challenges to political entities such as the British and Spanish empires and French monarchy, demonstrating that far from being nation-states these were conglomerates with diverging forms of affiliation, which developed different modes and interests to face the needs and consequences of the Utrecht negotiations. This "macrostructural" perspective is complemented by chapters that focus on "microstructural" aspects, considering the personal networks and relationships that informed day-to-day actions in Utrecht. Both perspectives are then drawn together by further contributions that examine the formation of images and discourses which were intended to identify key individuals with larger political entities and their assumed interests.

This approach, combining both broad and more narrowly focused case studies, reveals much about how the diplomatic discussions were framed with political and social contexts. In so doing the volume offers new perspectives concerning the formation of modern Europe at the beginning of the eighteenth century, beyond and yet connected with diplomatic developments and global entanglements.

Introduction: New Worlds? Transformations in the Culture of International Relations Around the Peace of Utrecht

2. The Repercussions of the Treaties of Utrecht for Spanish Colonial Trade and the Struggle to Retain Spanish America

3. Continuity and Change in Spanish-Dutch Relations Between Westphalia (1648) and Utrecht (1714)

4. Disagreement over a Peace Agreement: The Barrier Treaty and the Conditional Transfer of the Southern Netherlands to Austria

5. Savoyard Representatives in Utrecht: Political-Aristocratic Networks and the Diplomatic Modernization of the State

6. Ending a Religious Cold War: Confessional Trans-State Networks and the Peace of Utrecht

10. From the Warrior King to the Peaceful King: Louis XIV’s Public Image and the Peace of Utrecht

11. Diverging Concepts of Peace in German Newspapers 1712/1713. A Case-Study of the Hamburger Relations-Courier

Inken Schmidt-Voges is a Full Professor for Early Modern History of Europe at the Philipps-University of Marburg in Germany.

Politics and Culture in Europe, 1650-1750 Focusing on the years between the end of the Thirty Years' War and the end of the War of the Austrian Succession, this series seeks to broaden scholarly knowledge of this crucial period that witnessed the solidification of Europe into centralized nation states and created a recognizably modern political map. Bridging the gap between the early modern period of the Reformation and the eighteenth century of colonial expansion and industrial revolution, these years provide a fascinating era of study in which nationalism, political dogma, economic advantage, scientific development, cultural and artistic interests and strategic concerns began to compete with religion as the driving force of European relations and national foreign policies. The period under investigation, the second half of the seventeenth century and the first half of the eighteenth, corresponds with the decline of Spanish power and the rise of French hegemony that was only to be finally broken following the defeat of Napoleon in 1815. This shifting political power base presented opportunities and dangers for many countries, resulting in numerous alliances between formerly hostile nations attempting to consolidate or increase their international influence, or restrain that of a rival. These contests of power were closely bound up with political, cultural and economic issues: particularly the strains of state building, trade competition, religious tension and toleration, accommodating flows of migrants and refugees, the birth pangs of rival absolutist and representative systems of government, radical structures of credit, and new ways in which wider publics interacted with authority. Despite this being a formative period in the formation of the European landscape, there has been relatively little research on it compared to the earlier Reformation, and the later revolutionary eras. By providing a forum that encourages scholars to engage with the forces that were shaping the continent - either in a particular country, or taking a trans-national or comparative approach - it is hoped a greater understanding of this pivotal era will be forthcoming.