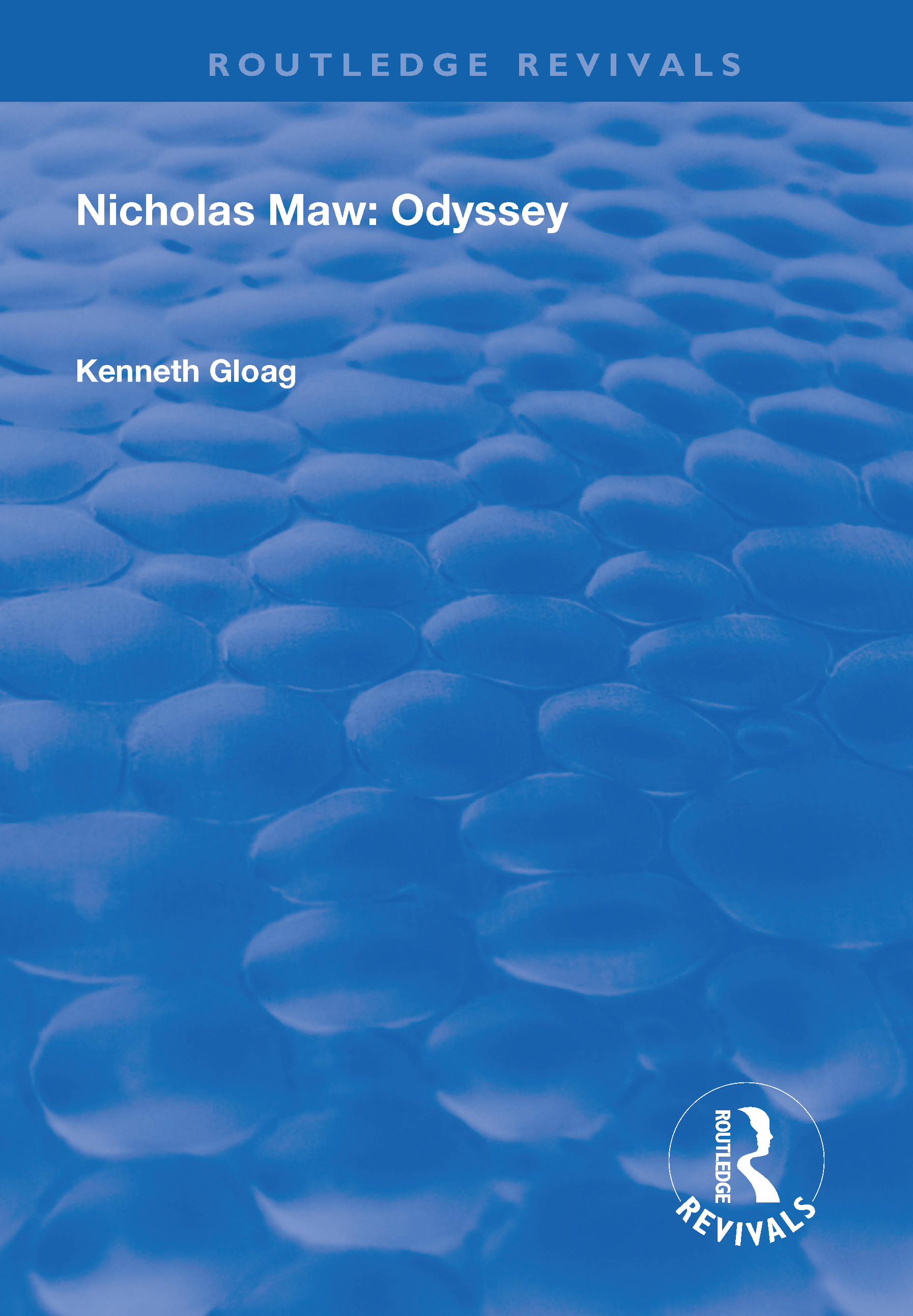 This book was originally published in 2008. Nicholas Maw's Odyssey is a landmark in contemporary music; at approximately 90 minutes it is one of the longest continuous examples of music written for full-orchestra and received a first, truncated, performance at the 1987 BBC Proms. It took Maw many years to complete and was later recorded to great acclaim by Sir Simon Rattle and the City of Birmingham Symphony Orchestra.

In his examination of Odyssey, Kenneth Gloag provides a detailed discussion of Maw's musical identity and reputation as a contemporary composer in relation to romanticism, modernism and postmodernism, taking into consideration his break-through work Scenes and Arias (1962) and the subsequent progression to Odyssey. The book investigates issues of time and narrative crucial to the generation of the work's remarkable length, and considers the relationship between the sectionalization of the score and prevailing sense of unity in the music.

Situating Odyssey in larger historical and critical frameworks, Gloag evaluates the initial reception of the work and reflects on Maw's music composed after Odyssey.

'Nicholas Maw's Odyssey is its composer's grandest statement, and since its first hearings, has remained a critical bone of contention. At circa 1 hour 30 minutes, it is probably the longest single movement in existence, and poses the greatest problems both for the listener and the commentator. Is it possible, for example, for the hearer to grasp such a huge span, given the limits of human concentration? Wagner, in his vast structures, had drama and narrative to aid us. These and other aesthetic questions are boldly faced by Kenneth Gloag. The labyrinthine thematic processes in the work are exhaustively treated, and Maw's musical language, subtly balanced, as it is, between Romantic and post-Romantic, modernist and post-modern, is placed knowingly in context. The breadth of Gloag's perceptions is worthy of his huge task in every respect -a grand and mysterious work has found an ideal expositor.' Anthony Payne ’a worthwhile read and formidable analysis, … comes with a double-CD of the CBSO concert.’ Birmingham Post ’…a perceptive account of a major work.’ Music and Letters ’… Kenneth Gloag makes an immensely stimulating addition to the series.’ Tempo

1. Between Romanticism and Modernism. 2. Towards Odyssey. 3. The Music. 4. The Melodic Source. 5. The Harmonic Dimension. 6. Time and Narrative. 7. Reception. 8. After Odyssey.

Kenneth Gloag is Senior Lecturer in Music at Cardiff University, UK. His publications include a book on Tippett's A Child of Our Time and a contribution to Tippett Studies (both CUP). He is co-author of Musicology: The Key Concepts, published by Routledge in 2005, and is currently reviews editor of the journal Twentieth-Century Music.