Jonathan Leonard is the computer teaching laboratory coordinator and lecturer for the College of Agriculture and Life Science at the University of Vermont. He is a recipient of the Kroepsch-Maurice Award for excellence in teaching at the University of Vermont, and teaches introductory computer applications. In recent years Jonathan has taught classes in World Food and Sustainable Development, Limits to Growth, and Natural History of Vermont. Jonathan received his B.A. in Zoology from Drew University. At the University of Vermont, he earned a Master of Science in Zoology, and a Ph.D. in Plant and Soil Science, specializing in Entomology. He is the author of many entomological journal articles and scientific illustrations, including a cover illustration for the Coleopterists' Bulletin. Jonathan's research interests include social insects, periodical insects, alpine biology, sustainable human systems, and conservation biology. In the 1970s and 1980s, Jonathan worked for the Appalachian Mountain Club, where he lived above treeline for months at a time. During this time he also worked in the Worcester Massachusetts Science Center Planetarium. An avid bicyclist, Janathan spent three months hitchhiking through Europe, across the Sahara Desert, and through West Africa. He has also ridden his bicycle from San Francisco to Alaska and from Vermont to Nova Scotia. Jonathan plays several musical instruments, and one of his ambitions (however illusory) is to become the world's best bluegrass guitarist. He lives with his wife and daughter in Richmond, Vf. Ross T. Bell is the John Purple Howard Professor of Natural History at the University of Vermont, where he has taught for over 40 years. He was born in Urbana, IL, where he was educated. He received his Ph.D. degree in Entomology from the University of Illinois. Ross is a Research Associate with the Carnegie Museum of Natural History in Pittsburgh, PA. The focus of Ross's scientific work has been the Carabidae, or ground beetles, on which he has published over 30 scientific articles, including large monographs. For the last 30 years, he and his wife and collaborator, Joyce R. Bell, have been working on a monograph of the rhysodine beetles, a group of highly specialized ground beetles inhabiting dead wood. This project has taken them to many European museums, as well as to countries with tropical and subtropical rain forests. Their adventures include a year in Australia and three months in Papua New Guinea studying beetles. Ross is a member of numerous entomological societies, and he, his wife, and co-author Jonathan Leonard, are founding members of the Vermont Entomological Society.

"The authors have done an excellent job of making technical information readily accessible to the reader…a glossary and suggestions for further reading enhance the utility of this book."
-R.E. Lee,Jr. in Choice, June 1999
"Finally, a guide to the twenty species of tiger beetles of New England and Eastern Canada. Range maps very helpful for researchers."
-Northeastern Naturalist 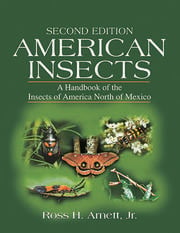 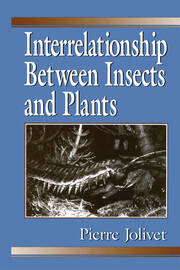