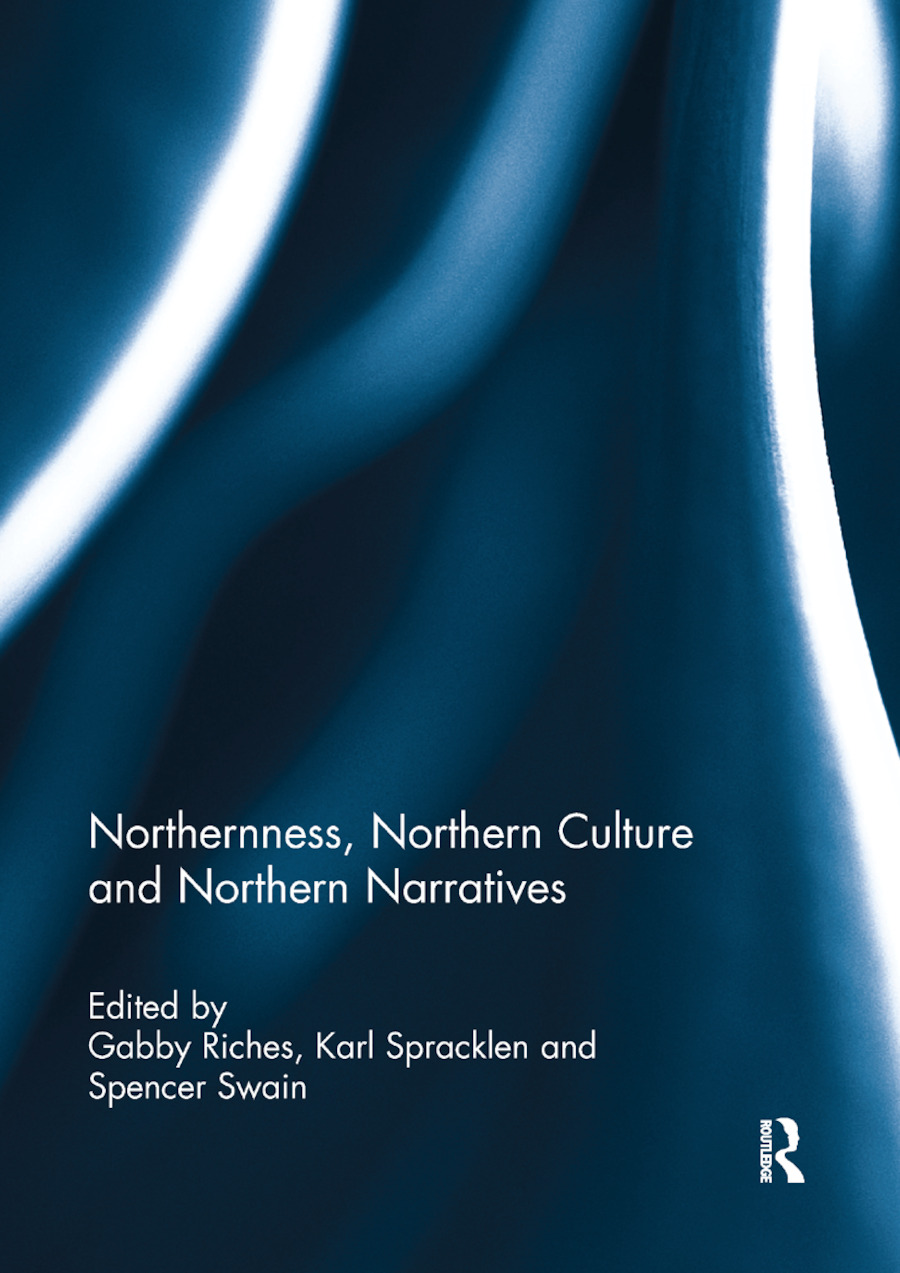 Northernness, Northern culture and Northern narratives are a common aspect of popular culture, and the North of England, like other Northernnesses in Europe, is a collection of narratives, myths, stereotypes and symbols. In politics and everyday culture, Northern culture is paradoxically a site of resistance against an inauthentic South, a source of working-class identity, and a source of elite marginalisation. This book provides a key to theorising about Northernness, and a platform to scholars working away at exposing the North in different aspects of culture. The aims of this book are twofold: to re-theorise ‘the North’ and Northern culture and to highlight the ways in which constructions of Northernness and Northern culture are constituted alongside other gender, racial and regional identities. The contributions presented here theorise Northernness in relation to space, leisure, gender, race, class, social realism, and everyday embodied practices. A main thematic thread that weaves the whole book together is the notion that Northernness and ‘the North’ is both an imagined discursive construct and an embodied subjectivity, thus creating a paradox between the reality of ‘North’ and its representation. This book was originally published as a special issue of the Journal for Cultural Research.

5. Speaking for herself: Andrea Dunbar and Bradford on film Alison Peirse

7. Strangers of the north: South Asians, cricket and the culture of ‘Yorkshireness’ Thomas Fletcher and Spencer Swain

Gabby Riches is an independent scholar based in Canada. She completed a Ph.D. on gender in the extreme metal scenes in Leeds, UK.

is a Professor of Music, Leisure and Culture at Leeds Beckett University, UK. His Ph.D. researched rugby league and northernness in England.

is a Lecturer at York St. Johns University, UK. His Ph.D. focused on the leisure lives of young British-Somali men in Sheffield, UK.