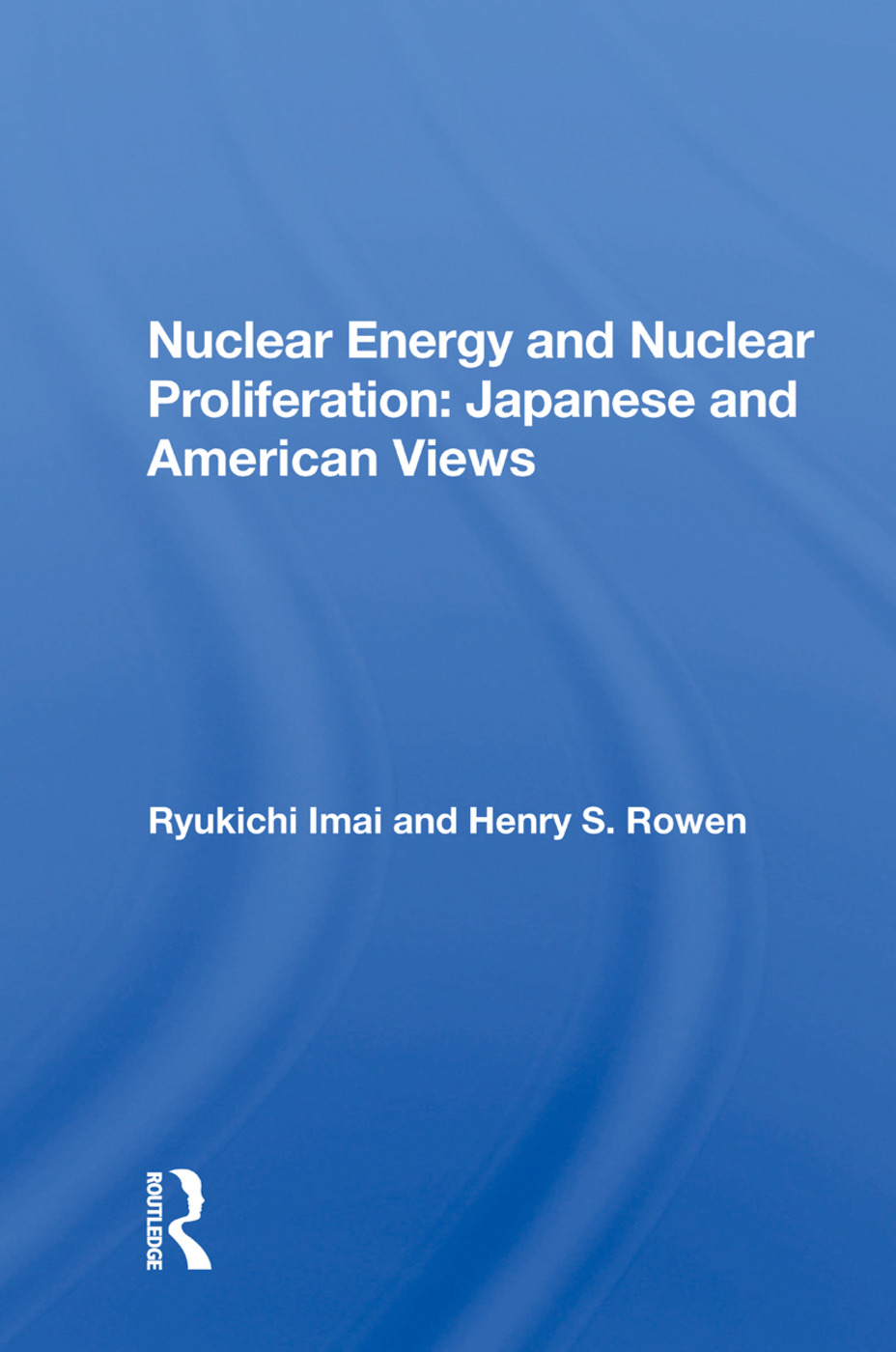 Though the Carter administration came to office committed both to good U.S.-Japanese relations and to a more stringent nuclear nonproliferation policy, it soon became clear that these objectives were at cross-purposes, and that the dispute over nuclear nonproliferation policy threatened to shake the alliance between the two countries. Professors Im

Foreword -- Preface -- A Japanese View -- The Confused History of Nuclear Nonproliferation -- Areas of Conflict -- What Kinds of Proliferation Should Be Prevented? -- In Search of Workable Solutions -- Systems Analysis of Nonproliferation Logic -- Specific Nonproliferation Proposals -- The Basic Structure of Nonproliferation -- Comments on Mr. Imai's Position -- An American View -- The Present International System and Its Inadequacies -- Four Principles for a Safer International System -- The Benchmark Case -- Economic Analysis of the Benchmark System -- Measures to Enhance Security of Supply -- The Importance of Dealing with the “Back End” -- Alternative Paths Examined -- Creating and Strengthening Institutions -- In Conclusion -- Comments on Mr. Rowen's Position -- United States—Japan Tokai Mura Agreement Joint Communiqué September 12, 1977 -- Joint Determination for Reprocessing of Special Nuclear Material of United States Origin -- Final Communiqué of the Organizing Conference of the International Nuclear Fuel-Cycle Evaluation, October 21, 1977 -- Brief Summary of the “Nuclear Non-Proliferation Act of 1978”

Henry S. Rowen is professor of public management in the Graduate School of Business at Stanford University. He has served previously as president of the Rand Corporation, assistant director of the U.S. Bureau of the Budget, and deputy assistant secretary of defense for International Security Affairs.