Oil and Gas in the Disputed Kurdish Territories
Jurisprudence, Regional Minorities and Natural Resources in a Federal System 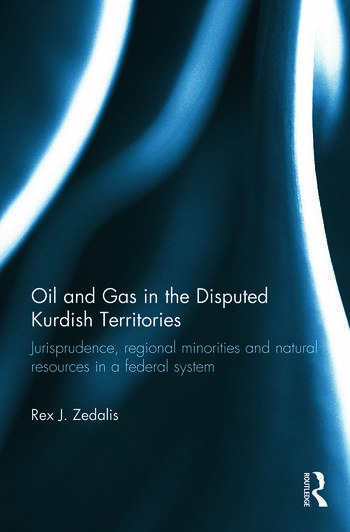 Oil and Gas in the Disputed Kurdish Territories: Jurisprudence, Regional Minorities and Natural Resources in a Federal System

This book examines the historical and contextual background to the oil and gas resources in the Kurdish territories, placing particular emphasis on the reserves situated in the disputed provinces. The volume is singularly unique in focusing on an examination of the rules reflected in both the national and the regional constitutional, legislative, and contractual measures and documents relevant to the question of whether the central government in Baghdad or the Kurdish Regional Government (KRG) in Erbil has a stronger claim to legal control over the oil and gas resources in the disputed Kurdish territories. As a subsidiary focus, the author also draws attention to how the basic thrust of the volume connects to broader jurisprudential issues regarding the nature and purpose of law, the matter of claims by native peoples to natural resources on traditional lands, and the place of regional minorities operating in a federal system. Since the law examined is domestic or municipal in origin, additional reference is made to the role that such law can play in the "bottom up" (as opposed to more conventional "top down") development of international law.

The book’s opening chapters provide a valuable contextual introduction, followed by a number of substantive chapters providing an analytical and critical assessment of the controlling legal rules. Written in a scholarly, yet accessible style, and covering matters of basic importance to academics, lawyers, political scientists, government representatives, and students of energy and natural resources, as well as those of developing legal structures, Oil and Gas in the Disputed Kurdish Territories is an essential addition to any collection.

Rex J. Zedalis is the Phyllis Hurley Frey Professor of Law at the University of Tulsa and Director of the university's International and Comparative Law Center. Professor Zedalis has spent more than three decades as a law school Professor and is the author of numerous articles published in American and European journals and has also published several books, including The Legal Dimensions of Oil and Gas in Iraq: Current Reality and Future Prospects (Cambridge, 2009).