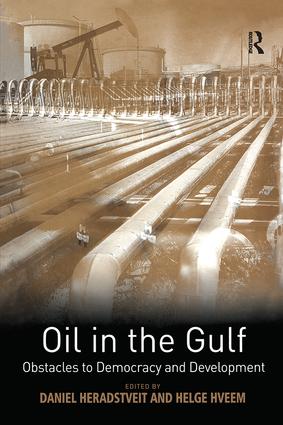 Oil in the Gulf

The US-led war against Iraq in 2003 represented the most dramatic shake-up of regional politics in the Gulf for more than a decade. This book contains an up-to-date analysis of central questions affecting the construction of a post-Ba'th regime in Iraq, and charts possible ways forward in other key states of the region such as Saudi Arabia and Iran. At the heart of the analysis lies the tension between the US-sponsored vision of a democratic, free market Gulf region and local resistance to this model. This resistance, appearing in the shape of alternative visions of democracy and the state, could potentially present a challenge to US policy through the spread of repressive policies or terrorism, especially if Washington chooses to sideline the social forces behind it. Conversely, if this resistance were taken seriously by the US, it could form a point of departure for more fruitful interaction between traditions of government from the West and local politics. Future developments on this important issue will be of immense significance for the management of some of the world's largest oil and gas reserves, with immediate implications for both regional political stability as well as for the world economy.

Daniel Heradstveit is Professor and Senior Research Associate at the Norwegian Institute of International Affairs, Norway, and Helge Hveem is a Professor at the Centre for Technology, Innovation and Culture at the University of Oslo, Norway.