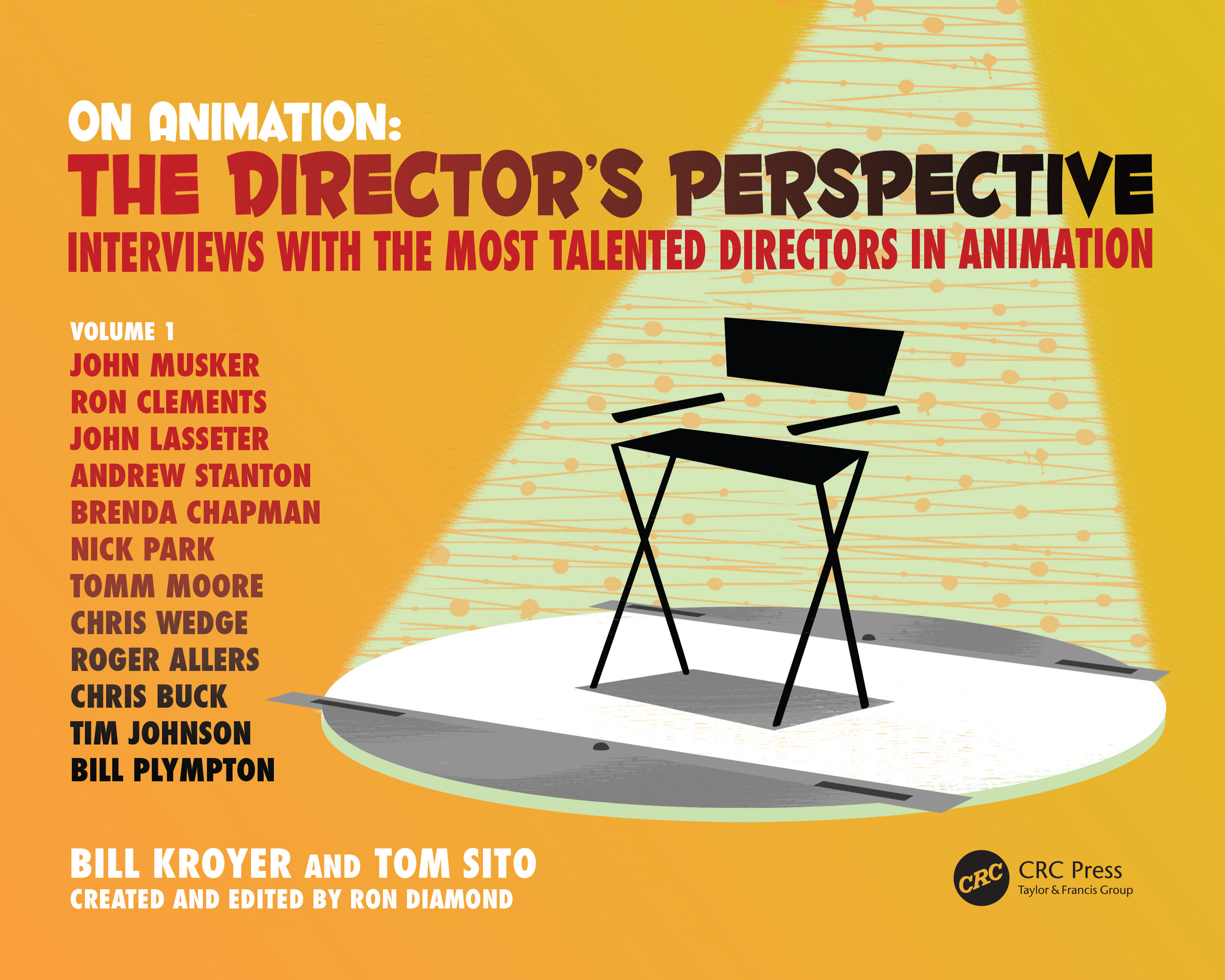 Be a fly on the wall as industry leaders Bill Kroyer and Tom Sito take us through insightful face-to-face interviews, revealing, in these two volumes, the journeys of 23 world-class directors as they candidly share their experiences and personal views on the process of making feature animated films. The interviews were produced and edited by Ron Diamond.

Your job is not to be the one with the answers. You should be the one that gets the answers. That’s your job. You need to make friends and get to know your crew. These folks are your talent, your bag of tricks. And that’s where you’re going to find answers to the big problems

It’s hard. Yet the pain you go through to get what you need for your film enriches you, and it enriches the film. – Brenda Chapman

Frank and Ollie always used to say that great character animation contains movement that is generated by the character’s thought process. It can’t be plain movement.

The beauty of clay is that it doesn’t have to be too polished, or too smooth and sophisticated. You don’t want it to be mechanical and lifeless.

The good thing about animation is that tape is very cheap. Let the actor try things. This is where animation gets to play with spontaneity. You want to capture that line as it has never been said before. And, most likely, if you asked the actor to do it again, he or she just can’t repeat that exact performance. But you got it.

Tom Sito's animation credits include The Little Mermaid, Beauty and the Beast, Aladdin, The Lion King,Who Framed Roger Rabbit, The Prince of Egypt, Shrek, and Looney Tunes: Back in Action. He also co-directed Osmosis Jones. He is the author of Drawing the Line: The Untold Story of Animation Unions from Bosko to Bart Simpson, and Moving Innovation: A History of Computer Animation. He is currently a professor of animation at the University of Southern California.

directed FernGully: The Last Rainforest and was nominated for the Academy Award for his 1988 animated short film, Technological Threat. His animation credits also include The Fox and the Hound, and Tron. At Rhythm and Hues Studios, Kroyer served as Senior Animation Director and supervised the CGI animation on Garfield, Scooby Doo, Cats & Dogs, and The Flintstones in Viva Rock Vegas. He is currently the Director of Digital Arts at Chapman University.

founded ACME Filmworks in 1990 to produce commercials with leading artistic animation directors from around the world. Diamond also produced the TV series Drew Carey’s Green Screen Show, and Drawn From Memory for PBS, as well as several live action features. He produces and distributes the Annual Animation Show of Shows, a curated selection of new, exemplary shorts shown at major animation studios, universities, festivals, museums and art house theaters. He is also co-founder of AWN.com.